Terrorists Use Social Media to Win War of Ideas 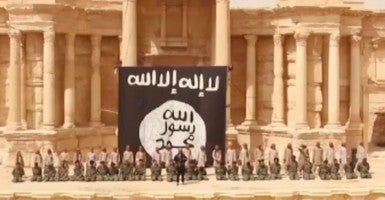 Used to be that, when a crime occurred, investigators would flood the crime scene. Now, they race to access the perpetrator’s footprint in digital space. Often, that’s where they’ll find the most crucial clues.

And that’s why the FBI wants to know everything Chattanooga shooter Mohammad Youssef Abdulazeez did online.

Over a decade ago, researcher Gabriel Weimann delivered a troubling report about terrorist activity online. Bad actors were less interested in attacking the Internet or conducting malicious activity than they were in exploiting the medium for everything from raising money to scouting potential targets.

A few years later (even as the activities of evildoers exploiting the internet grew), the world witnessed a second phenomenon exhibiting the growing power of social media. Disputed results for Iran’s 2009 presidential election triggered a wave of public protests in Iran. The mass demonstrations were fueled and organized, in large part, by the use of social networking sites.

What was remarkable in 2009 is now commonplace. Many actors—good as well as bad—mobilize social networks to get their message out.

By blending terrorist activity online with cyber rabble-rousing, ISIS has melded these two trends to create a serious threat. It’s not just the group’s capacity to instigate on the Internet that makes the threat so formidable. Where ISIS gets “value added” is by linking online communities with human ones—connecting people who have a propensity to act with a supportive and inspiring cyber-support group.

The technique has given rise to a dangerous synergy between ISIS’s advances on the battlefield and its global support network. Their ability to produce slick videos is just as effective as their capacity to control territory in inspiring radical activity elsewhere.

Yet key government officials seem to be missing this point. In 2011, the U.S. announced its strategy for countering violent extremism. More recently, British Prime Minister David Cameron called for a comprehensive strategy to combat domestic radicalization. Yet the cyber-warfare components of both strategies focused almost exclusively on combating the transmission of incitements to violence. That’s just not enough.

Concentrating solely on combating messaging will be like poking a balloon—even as we push in at one spot, the messaging will bulge out elsewhere. To counter violent extremism, we must also break the nexus between the cyber and human networks.

Fighting terrorism is not simply a matter of finding better messages or advancing a more appealing ideology. The war of ideas can’t be divorced from the physical war on terrorists—and we must win them both. A large component of that task will require physically diminishing and defeating the threat of ISIS by breaking their territorial control and driving them from the field.