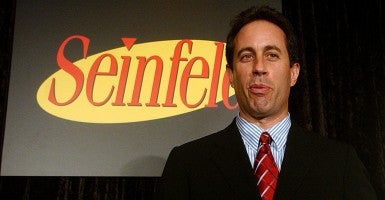 Americans take justifiable pride in their right to free speech. People may be muzzled by their government in places such as Cuba and North Korea, but not here. You can say what’s on your mind without fear of prosecution.

But can you do so without fear of persecution? More and more, it seems, the answer is no. Say the “wrong” thing, and the Outrage Police swarm you. Do we need a communist government to shut down debate when we’re eager to do it ourselves?

To be sure, political correctness isn’t a new phenomenon. Aggrieved parties throughout history have struggled to suppress viewpoints they disagreed with. But we live in an age where, for example, refusing to bake a cake for a same-sex wedding qualifies you for a figurative firing squad (figurative as of this writing, but at the rate things are going, watch out).

Perhaps a better sign of how things have changed for the worst on the free-expression front is the “open letter” that a San Diego State student named Anthony Berteaux wrote recently to comedian Jerry Seinfeld. Seinfeld had been quoted as saying he doesn’t play colleges anymore because of how politically correct (PC) they’ve become. Berteaux took issue with this.

Did Berteaux deny that colleges are PC? No. Did he say, “Say whatever you want, Jerry—it’s a free country”? No. Berteaux had a higher mission:

“[C]omedy in our progressive society today can no longer afford to be crass, or provocative for the sake of being offensive. Sexist humor and racist humor can no longer exist in comedy because these concepts are based on archaic ideals that have perpetrated injustice against minorities in the past.

“Provocative humor, such as ones dealing with topics of race and gender politics, can be crass and vulgar, but underlying it must be a context that spurs social dialogue about these respective issues. There needs to be a message, a central truth behind comedy for it to work as humor.”

It is, of course, amusing to see one of the world’s most famous comedians getting amateur advice about what will “work as humor.” But the underlying message—say the right thing in the right way or get lost—is no laughing matter. If we’ve gotten to the point where we’re more afraid of offending people than we are about losing our freedom to speak up, our so-called “progressive society” is actually regressing.

I wish I could say Berteaux is the exception to the rule, but a disturbing number of people, especially in his age bracket, are more concerned with shutting down a debate, not trying to win it. They’re the reason, for example, that campus speakers known for their un-PC views are often told not to bother coming. The Foundation for Individual Rights in Education (FIRE), in fact, refers to commencement time as “disinvitation season.”

The idea of hosting speakers with a provocative message—of engaging them in debate and actually, oh, learning something—seems lost on these students. They’ve grown up in such a bubble—nurtured by overprotective teachers and parents, and reinforced by the self-Balkanizing nature of social media—that they’re scandalized by the very idea that an opposing viewpoint even exists.

Fortunately, there are students willing to buck this trend. Groups such as FIRE can supply many examples, but one I found particularly striking was the case of Anthony Vizzone. He ran afoul of school administrators when he was trying to recruit members for his Young Americans for Liberty chapter at the University of Hawaii.

His offense? Handing out copies of the U.S. Constitution outside of the “free speech zone” on campus. The good news is, it ended well: Vizzone worked with FIRE to join a lawsuit against the university and get this policy overturned.

But how many students are willing to push back? For that matter, how many adults challenge the Outrage Police?

It’s up to all of us to ensure that the shelves in the “marketplace of ideas” remain well stocked.