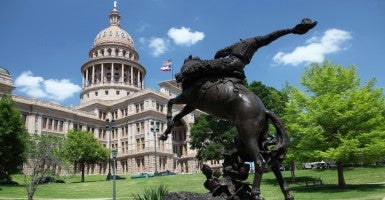 Legislation that would tighten regulations on how minors go about receiving court-ordered abortions cleared the Texas House of Representatives last week.

House Bill 3994, introduced by state Rep. Geanie Morrison, R-Victoria, amends Texas’ family code to clarify the circumstances in which a minor may obtain permission from a court to receive an abortion without notifying a parent or legal guardian.

The legislation passed the House last Thursday on a 93-46 vote and now is before the state Senate.

Current law in Texas requires minors to notify and receive consent from at least one parent or legal guardian to have an abortion. Minors who want to bypass parental notification and consent because of abuse or neglect may seek to obtain a waiver through the courts.

The new legislation would require minors to file their request in the county where they live and to make their case in person rather than using “videoconferencing, telephone conferencing, or other remote electronic means.”

The legislation also would amend current law to require a physician “who has reason to believe that a minor has been or may be physically or sexually abused” to “immediately report the suspected abuse” to the Department of Family and Protective Services.

It also requires women to provide “valid government record of identification” to prove their age before undergoing an abortion.

Morrison told the Associated Press the legislation will “improve protection of the minor girl and ensure that parental rights are protected.”

“I think the true issue here is that the authors of this legislation want to make it harder and harder to get a judicial bypass,” said Gutierrez.

In a statement, Emily Kebodeaux, the general counsel at Texas Right to Life, applauded the legislation:

After long hours of intense debate on the House floor, the Pro-Life movement in Texas saw a huge victory through the passage of House Bill 3994. The final version of the bill encompasses many needed reforms to the judicial process available to minors seeking an abortion without involvement from their parents. This judicial bypass process should be written to protect minors from abuse as well as from being escorted through the loopholes of the process by the abortion industry trying to enhance their profit margin.

NARAL Pro-Choice Texas called the bill “awful” in a statement.

“[HB 3994 is a] very harmful bill that attacks abused and neglected teens’ access to abortion,” the group said.

Texas’ KBTX reports that about 300 minors obtain abortions through the judicial bypass process each year in the state.

The bill is expected to be approved by Texas’ GOP-led senate.