Why Do We Need Louisiana’s Marriage and Conscience Act? Ask Indiana Pizza Owners. 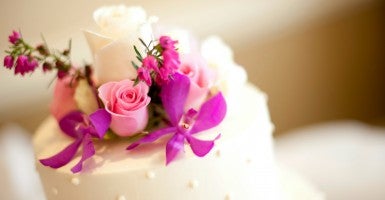 Recent nationwide polling shows that 81 percent of Americans agree that the government should leave people free to live and work in accordance with their belief that marriage is between a man and a woman.

Nevertheless, such people are increasingly being ostracized, fired and facing death threats simply because of such beliefs.

All of this makes protection of their individual rights and civil liberties even more crucial.

Protecting their rights is what Louisiana’s Marriage and Conscience Act (H.B. 707) would do. This bill would prohibit the government from taking “any adverse action against a person” due to that person’s “religious belief[s] or moral convictions[s] about the institution of marriage.”

H.B. 707 would prevent the government from discriminating against people because they believe marriage is the union of a man and a woman, and would prohibit the government from using its heavy hand to condition tax treatment, contracts and other benefits on a person’s acceptance of the “acceptable” view in support of same-sex marriage.

H.B. 707 would also help protect those with religious objections to being forced by the government to play a part in same-sex marriage ceremonies under threat of fines and imprisonment.

Those who believe marriage is the union of a man and a woman are increasingly becoming a powerless minority.

It is people like Richland, Wash. florist Barronelle Stutzman who need this protection. Barronelle has happily served gay customers. She just doesn’t want to be forced to service a same-sex wedding, which her faith teaches her is wrong.

Nevertheless, Barronelle was recently fined for refusing to use her floral skills in support of a same-sex union. She just doesn’t want to be forced to violate her conscience. But without a law like H.B. 707, she is left at the mercy of the all-powerful state should it seek to coerce her to act against her beliefs.

In other states, officials have shut down longstanding adoption and foster care providers, severing partnerships with nonprofits like Catholic Charities, who have successfully served needy children for decades, because some state governments don’t like certain views of marriage.

Those who believe marriage is the union of a man and a woman are increasingly becoming a powerless minority, especially in the face of media voices, big business, academics and government elites who look down upon their views.

Open and unapologetic hostility to this view was on display just recently in Indiana, when the owners of Memories Pizza were harassed and subjected to death threats for merely expressing their views on marriage. The following four-part description of the mob justice meted out is appropriate here:

2) During the Indiana Religious Freedom Restoration Act news cycle, a TV reporter walks inside the pizzeria to ask the owners what they think of the controversial law. Owner Crystal O’Connor responds, “If a gay couple came in and wanted us to provide pizzas for their wedding, we would have to say no … We are a Christian establishment.” O’Connor nevertheless makes clear that the establishment will continue to serve any gay or non-Christian person that walks through their door.

3) The Internet explodes with insults directed at the O’Connor family and its business, including a high school girls golf coach in Indiana who tweets “Who’s going to Walkerton, IN to burn down #memoriespizza w me?” Many of the enraged critics assert, inaccurately, that Memories Pizza discriminates against gay customers.

4) In the face of the backlash, the O’Connors close the pizzeria temporarily, and say they may never reopen, and in fact might leave the state. “I don’t know if we will reopen, or if we can, if it’s safe to reopen,” Crystal O’Connor tells The Blaze. “I’m just a little guy who had a little business that I probably don’t have anymore,” Kevin O’Connor tells the Los Angeles Times.

Thankfully, many came to the support of this small pizza shop, which  reopened. But this incident should serve as a pointer for who will need protection in the future.

Moreover, it should serve as a danger sign to us as a country which has always prided itself on protecting the civil liberties of the minority. If we can’t even protect unpopular views in law, and instead our people are amassing in mob fashion more reminiscent of scenes in Pakistan than the United States, we all need to seriously take stock of where we are when it comes to protecting the individual civil rights of all.

H.B. 707 would protect the civil liberties of the minority when they are being marginalized simply because they believe marriage is the union of a man and a woman. This bill would simply protect people from the heavy hand of intrusive government should it attempt to coerce them to modify their beliefs regarding the institution of marriage.

Such protection of individual rights and liberties is something all Americans can understand and support.