Wal-Mart’s Giving Raises. How That Shows the Market Works. 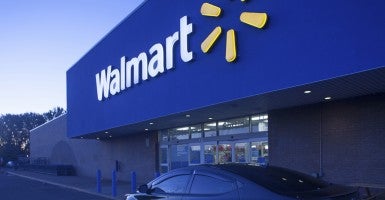 Wal-Mart is giving employees a raise.

Wal-Mart announced today that it would spend $1 billion to raise the wages for 500,000 workers. Current employees will now be paid at least $9 per hour by April of this year and $10 per hour by February 2016.

Wal-Mart’s decision to lift its base hourly wage is an indication that the labor market is recovering strongly. Since Wal-Mart is a participant in labor markets all over the country, the company’s decision is a good indication that the economy is doing better nationally. Moreover, the higher wages are apparently necessary for Wal-Mart to attract and retain valuable personnel.

Wal-Mart’s decision is also a reminder of the power of free markets.

The government did not force Wal-Mart’s move, nor were the company’s owners acting out of generosity. Rather, the market forced them to raise wages in order to compete for workers, so they did.