There Is a Simple Formula for Unleashing Economic Prosperity 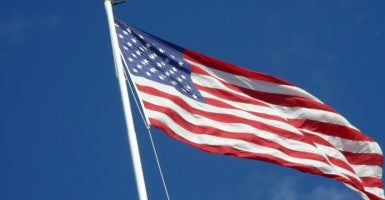 The age old question in economics is this: how does a nation or state create economic growth and rising living standards for its citizens?  Once upon a time superstitious economists believed that growth was a function of the constellation of the stars.

That kind of belief in astrology as a predictor of growth was no more misguided than many of the fad economic theories that are peddled today by charlatan economists who preach more government interventionism.   The Europeans and several South American nations are growing their government sectors in order to create jobs and higher incomes – when these policies are often what has created the weak growth and stagnant incomes in the first place.   Too many political leaders – including some in the U.S. – have learned all the wrong lessons from the Great Recession and its aftermath.

In Europe today, the standard belief is that Keynesian stimulus plans – with more government spending and debt – will jumpstart flat-lined economies in places like Spain, Italy, France, and even Germany.  There is also a widespread view that printing ever more money – as the U.S. Federal Reserve Board has done with some $3 trillion of infusions into the economy – will provide juice to the engine of growth.  Wall Street applauded when the announcement was made.  If only it were that easy.

In the recent Greek elections, voters opted for a leftwing leader with former communist ties, who calls for an end to “austerity.”  Unfortunately, austerity is defined as too much government spending cuts – a strange idea because in Greece the government already spends roughly half of the national output.  So instead of cutting welfare programs, inflated pension benefits, unemployment payments, Athens will evidently spend and borrow even more.  Good luck with that.  Interest rates on Greek bonds are already nearly the highest in the world at more than 9 percent and close to junk bond status.

Meanwhile, here in the U.S. President Obama takes a victory lap for the economic recovery of the last five years despite in being the slowest since the Great Depression.  Median household incomes have collapsed by $1,500 in real terms during the Obama recovery. That’s some rebound.  Obama’s stimulus plans have created fewer jobs than would have been created by doing nothing – and that is according to his own analysis.

In sum, confusion reigns on how to regenerate growth.

But there is a simple and time-tested formula for unleashing economic prosperity  – here at home and abroad.  This formula is not complicated.  The Heritage Foundation’s 2015 Index of Economic Freedom – which ranks 186 nations – shows  conclusively that growth is a byproduct of free enterprise policies and limited government interference.

Adjusted for purchasing power, gross domestic product (GDP) per capita is more than 6 times higher in “free” vs. “repressed” economies. So for example, the per capita income is over $50,000 in a free nation like the United States. It is $11,610 in a repressed nation like Cuba.  Israel has a per capita income of $34,770 versus $14,845 in Lebanon.  Israel is far more economically free than Lebanon.

Take two nations that start at the same place economically.  After two decades, the citizens in the nations with economic freedom will enjoy a standard of living one third greater than their counterparts in the less free zone.  Poverty rates will also fall in the free nations much faster than the command and control economies.  Health, education and environmental improvement are also closely tied to economic freedom.  Free markets are the path to fairness.  That’s a lesson even Pope Francis, a recent critic of capitalism, needs to learn.

Economic freedom isn’t hard to achieve: it means low taxes, free trade, limited government spending, a sound currency, the rule of law, and a light hand of regulation. Cronyism, which is too often regarded as a partner of capitalism, is exposed as a deterrent to growth. Russia is a nation not of free market capitalists, but of cronyism – and its economy has floundered.  In other words, countries that grow reward citizens for how hard they work and what they know, not who they know.

The United States is ranked by Heritage as only the 12th economically freest nation in the world today, behind places like Hong Kong, Switzerland and even Canada.  Only a decade ago, the U.S. consistently ranked in the top ten or higher  of most free nations – but that all predated stimulus plans, bailouts, tax hikes on the rich, and Obamacare.

While many nations in the rest of the world tragically flirt with proven failed big government strategies and cheap money, the U.S. has an opportunity to win the global competition for jobs, businesses and capital investment.  The low hanging fruit in Washington is to chop our highest in the world corporate income tax, reform our welfare system to reward work over handouts, approve free trade deals and drill for our domestic energy resources.  That would be a good start to raising worker incomes and it may even move America, the Land of the Free, back into the economic freedom top 10 – where we belong.