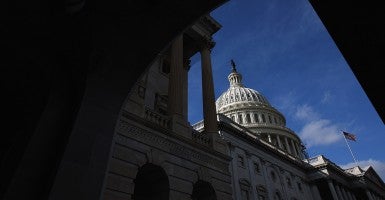 The new Congressional Budget Office report released today shows deficits and debt rising over the next decade, despite a short-term improvement in the 2015 budget year. The report contains several pertinent facts concerning spending, taxes, deficits, and debt, including these five:

1. Spending is going up. Spending in 2025 will be $2.5 trillion higher than it is today, rising from a projected $3.6 trillion in 2015 to $6.1 trillion in 2025. The CBO attributes this increase in spending to the aging of the population, rising health care costs and a significant expansion in eligibility for federal subsidies for health insurance (Obamacare). The major health care programs (Medicare, Medicaid, Children’s Health Insurance Program and Obamacare) are driving 32 percent of the increase in spending over the next decade, followed closely by the Social Security program at 28 percent, and interest on the debt at 24 percent. All other spending programs will be responsible for the remaining 16 percent in the increase in spending.

2. The deficit will exceed one trillion before the end of the decade. CBO projects the 2015 deficit at $468 billion, slightly down from the $483 billion level recorded in 2014. This marks the end of a three-year period— following the great recession and its stimulus excesses—of declining deficits. The deficit for 2016 is expected to come in at about the 2015 level and then rise steeply from there. Before the end of the decade, regardless of certain policy decisions concerning scheduled Medicare provider payment cuts, the sequester and a host of expiring tax provision, the annual deficit will exceed one trillion again.

3. The increase in the debt in 2014 exceeded the 2014 deficit by more than $300 billion. Although the deficit was recorded at below half a trillion dollars in 2014, the debt held by the public increased by about $800 billion—or by more than $300 billion more than the size of the deficit. The difference is explained by changes in the government’s cash balance, investments in the federal Thrift Savings Plan, and operations among about 120 federal government credit programs (student loans, mortgage programs, etc) that are not included in budget totals. Taxpayers need to know that the federal government’s debt exposure exceeds its annual deficits.

While President Obama chose to focus on the short-term decline in the deficit this year, lawmakers should not lose track of the bigger picture. Spending, deficits and debt all are projected to rise significantly over the next decade, as entitlement spending continues to expand. Lawmakers should cut spending and reform entitlements, putting the budget on a path to balance, so as to secure economic growth and opportunity for Americans for the next decade and beyond.