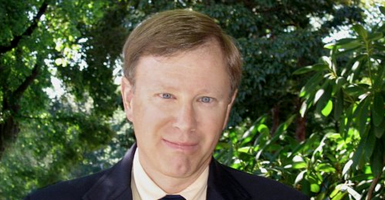 Martel was a distinguished historian, writer and adviser, whose expertise ranged from the Cold War to the present-day wars in Iraq and Afghanistan. Martel taught several popular courses at Tufts, ranging from Foundations of International Cyber Security to Evolution of Grand Strategy.

In the words of the Boston Globe in a 2013 profile, “Martel is among a handful of scholars and military experts trying to solve one of the most nettlesome problems in modern foreign policy: coming up with a new definition of ‘victory’that matches the complexity of our conflicts.”

Martel was the author of several influential books, including “Victory in War: Foundations of Modern Military Policy.” Hislatest book, “Grand Strategy in Theory and Practice: The Need for an Effective American Foreign Policy,” has just been published by Cambridge University Press. He was a frequent contributor to The National Interest and The Diplomat.

Martel recently served as a key foreign policy adviser to Gov. Mitt Romney during his 2012 presidential campaign, in his role as co-chair of the Russia Working Group. He served previously as an adviser to the National Security Council, and as a consultant to the Defense Advanced Research Projects Agency, Office of Secretary of Defense, and the U.S. Air Force. He received his doctorate from the University of Massachusetts-Amherst, and was a post-doctoral research fellow at Harvard’s Kennedy School of Government. From 1999 to 2005 Martel was professor of National Security Affairs, and chair of Space Technology and Policy Studies at the Naval War College.

Bill Martel will be remembered as an outstanding scholar, a prescient and thoughtful adviser and a colleague of great humility and kindness, who always went out of his way to help others and serve his country.