5 Recent Terrorist Attacks by Islamists You May Have Missed 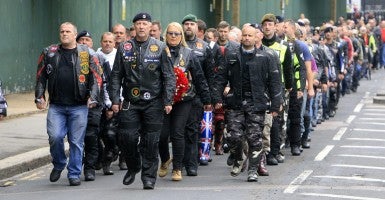 A memorial service is held for murdered Fusilier Lee Rigby outside the Woolwich Barracks to mark the anniversary of his death a year after on May 14, 2013. (Photo: National News/Newscom)

On Wednesday, three terrorists in France attacked the offices of a satirical magazine, killing 12 and injuring scores more. Sadly, the terror attack in France is one of many recent incidents carried out by Islamists (that is, Islamic extremists). While most Americans are familiar with recent terrorism perpetrated against the citizens of Canada and Australia, here are five terrorist attacks against Western targets that you may not have heard about:

Wednesday’s terrorist attack in Paris is yet another wake-up call for the West. As The Heritage Foundation’s Nile Gardiner stated,  the attack shows that: “We are at war against militant Islamists who seek our destruction and the destruction of everything that we stand for.”

Americans should stand side by side with our allies in Europe against terrorism and an extremist ideology, while remaining vigilant at home against terrorist attacks by lone wolves. In the ongoing fight against Islamists, we are all in this together.