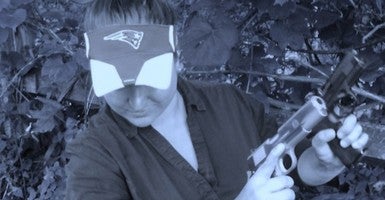 How do ordinary Vermonters defend their constitutional rights against some of the most well-funded special-interest groups in the state? Facebook, of course.

Vermonters seeking to preserve the state’s gun rights have taken to the Internet to combat a new threat to personal liberty.

Gun Sense Vermont Exposed, a Facebook group launched in August, tracks nearly every activity of Gun Sense Vermont, a self-proclaimed “grassroots” organization dedicated to advancing state and municipal gun control. Although outspent and outmanned by Gun Sense, the people are demonstrating that social media can serve as a great equalizer against powerful political action committees.

The idea for GSVTX began when Gun Sense banned certain pro-gun Vermonters and veterans from posting on its social media pages. The attack on open dialogue inspired pro-gun citizens to create their own social media page — one that welcomes debate and doesn’t ban commenters.

“Gun Sense Vermont’s reaction is to delete comments and to ban people from being able to post on the page. It got to the point where hundreds of Vermonters weren’t able to communicate with Gun Sense on Facebook,” said Liz Mason, the page’s top moderator.

In a few months, GSVTX has grown to attract about 1,000 page views per post, drawing in Vermonters from around the state. The site acts as a virtual hub around which pro-gun citizens on the left and right can share information about gun-control agendas in the Green Mountain State.

Gun Sense Vermont is no ordinary grassroots organization. Founded in 2013 after the Sandy Hook shooting in Connecticut, Gun Sense has a sizable wallet and deep connections at the statehouse.

The group recently outspent corporate giants Altria, Comcast and Anheuser-Busch on paid lobbyists, hiring the high-powered Necrason Group to advance its universal background check legislation at the statehouse. Before the election, Gun Sense donated to more than 90 state lawmakers, hoping to curry favor with elected representatives.

In a blue state known for near total gun freedom and a state constitutional right to bear arms, Gun Sense’s launch in the Green Mountain State is both highly conspicuous and utterly foreign.