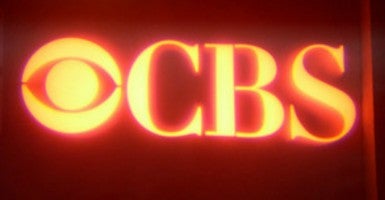 Finishing off a week that was pretty bad for the media, CBS News is now spinning a story about a Michigan religious freedom bill. Their headline reads: “Bill would let Michigan doctors, EMTs refuse to treat gay patients.” But the bill does nothing of the sort.

The bill, passed by the Michigan House last week, is the Michigan Religious Freedom Restoration Act. And, as the legal scholar Ed Whelan points out, “the bill is modeled on the federal Religious Freedom Restoration Act, [and] at least 19 other states have enacted laws modeled on the federal RFRA, and nothing remotely like what CBS News alleges has ever happened anywhere.”

The federal Religious Freedom Restoration Act passed unanimously in the House, got 97 votes in the Senate and was signed into law in 1993 by President Bill Clinton. And the sky hasn’t fallen since then.

The reason why the sky hasn’t fallen is that federal and state RFRAs entail a balancing test protecting both religious liberty and peace, justice and the common good. These laws prevent the imposition of substantial burdens on sincere religious beliefs unless the government proves that such a burden advances a compelling government interest that has been pursued through the least restrictive means possible.

So, CBS News is simply wrong when it claims that the Michigan law “essentially states that people do not have to perform an act that would violate their sincerely held religious beliefs.” No. That’s not right. Religious liberty is balanced by compelling government interests.

Time magazine also gets it wrong. It ran a piece attacking the Michigan law by Rabbi Jason Miller, with the headline “Freedom of Religion Shouldn’t be Unconditional.” That’s right, it shouldn’t be unconditional. And RFRAs do not make it unconditional. Again, they entail a balancing test.

The next prong of RFRA asks if there is a compelling state interest being pursued in the least restrictive way possible. Obviously providing essential medical care to all citizens is a compelling interest. (It is so compelling that in 1986 Congress passed the Emergency Medical Treatment and Labor Act, which requires Medicare-participating hospitals to provide emergency medical care to all patients, irrespective of ability to pay.) Thus, preventing EMTs from picking and choosing which patients they will treat may very well be the least restrictive means possible of ensuring emergency care to all patients.

So, no, the Michigan bill isn’t about giving medical professionals a right to refuse to fix the broken bones of gay people or to refuse to prescribe antibiotics to lesbians.