We Have Become Bad Voters. How We Can Change. 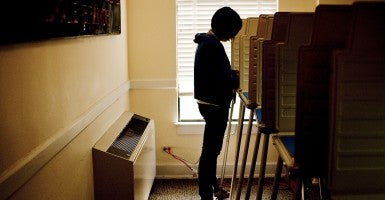 By regularly promising the impossible, political candidates give the dangerous impression that salvation is only one bill, one policy solution away. It breeds impatience, impetuosity and ecstatic hopes in citizens.

And it can make us bad voters.

James Madison and Alexander Hamilton had a different understanding of voting than we currently do. The authors of The Federalist Papers understood voting as an exercise in elevating citizens’ minds above the concerns of their engrossing private lives. That is, voting was to be a kind of civic education, preceded by genuine debate, perhaps similar to the Lincoln-Douglas debates.

Such elections might be like the ones Winston Churchill observed during his youth. Common men “took as much interest in national affairs and were as good judges of form in public men, as is now that case about cricket or football,” he wrote. “The newspapers catered obediently for what was at once an educated and a popular taste.”

Voting can elevate the mind by forcing us to make choices, and choosing can subordinate the passions to reason, if only for a moment. Ronald Reagan, among our greatest statesmen, understood that a people must come to a time for choosing.

But too often today we seem to be choosing between two candidates’ different overblown promises rather than making a deliberate choice between two positions.

For instance, our current process focuses little on the character of the representatives. According to the Federalist, they must be practical men of experience—not mere promisors or visionaries. In voting, our duty is “to obtain for rulers men who possess most wisdom to discern, and most virtue to pursue, the common good of the society.” That is, much regarding the fate of our nation depends on citizens’ ability to properly discern the qualities of character of the individuals they elect.

And what should representatives know? How to regulate domestic commerce; understand the diverse interests in the nation (ports, roads, etc.), and tax policy. (When’s the last time you saw a campaign slogan focusing on that knowledge?) They should not, as is current to think, sell citizens a dream about satisfying all desires and fantasies. Sensible, practical politicians can eventually become statesmen; visionaries, on the other hand, usually destroy much before disappointing themselves and voters.

Choice also deals with judging the condition of political freedom—how to properly extend or preserve it. And voting is the ultimate check on government power according to The Federalist Papers: the House of Representatives “should have an immediate dependence on, and an intimate sympathy with, the people.” If the government’s power will be restrained by dependence on the people, the public must understand its role in restraining that government, which has a natural propensity toward expanding its powers and influence.

But it’s not over after the election. The Federalist observes that citizens must “take the most effectual precautions for keeping [representatives] virtuous whilst they continue to hold their public trust.” That’s what elections do. They keep representatives virtuous. To do that, citizens must have the capacity to discern the extent to which their elected representatives in fact fulfill their duties. And not in terms of providing pork, but in creating sensible policy.

We are perhaps too in love with promises and have developed a taste for the impossible. Rather than elections making us rational and prudent, they have become a playground for the imagination. Do we want promisers or effective leaders?

Because if we want the latter, we should consider with more thought our decisions before marking our ballots.