10 Reasons Why Common Core Should Spook You This Halloween 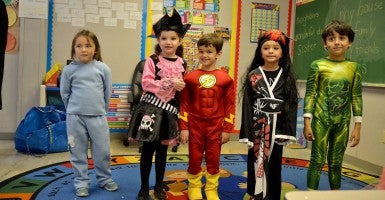 Ghosts and goblins aren’t the only things causing unease this Halloween. With their children settled into the 2014-15 school year, parents have growing concerns about the impact of Common Core. Here are 10 reasons why Common Core national standards and tests take American education in the wrong direction:

Thankfully, Common Core isn’t like Hotel California—once you check in, you can check out, as states such as Indiana, Louisiana, Oklahoma and South Carolina have shown. And once out of Common Core, states can refocus their attention on efforts that hold promise for improving educational outcomes. Chief among them: student-centered school choice options that increase opportunity for all.