If a Republican Justice Department Did This, It Would Be Attacked as Borderline Racist 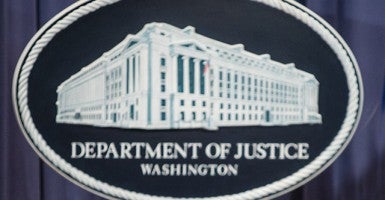 Attorney General Eric Holder has waged a litigation war against voter-ID laws as well as state efforts to reduce early-voting periods and eliminate same-day voter registration. These practical reforms, he huffs, are intended to suppress the votes of minorities. But the lawsuit filed by the Department of Justice and a number of civil-rights groups against North Carolina over such measures is unintentionally revealing. The filing makes it clear that these self-appointed champions of minorities have a thoroughly patronizing attitude toward black and Hispanic Americans.

As John Fund has succinctly explained, early voting, a relatively new phenomenon, is a bad idea for several reasons. It increases the expense of campaigns and elections, diffuses the effectiveness of get-out-the vote efforts (potentially hurting turnout), and encourages voters to cast ballots before they have all the relevant information about candidates. Same-day registration is a recipe for fraud, since it prevents election officials from checking eligibility and the accuracy of voter-registration information before the voter casts a ballot.

There is no constitutional right to either early voting or same-day registration. Indeed, many states have neither. Failure to offer these options does not constitute racial discrimination, nor is it discriminatory to shorten an early-voting period to ten days (from 17), as North Carolina has done. Early voting is a costly administrative headache for election officials. That reducing it is de facto racism is the bizarre claim being pushed by the U.S. Justice Department, the NAACP, the ACLU, and others in their suit against North Carolina.

Why are such measures supposedly discriminatory? According to the “experts” hired by the Justice Department and the NAACP to testify in the North Carolina lawsuit, they’re discriminatory because African Americans are “less sophisticated voters” and can’t figure out how to register and vote. No, really, that’s what they said.

At the preliminary injunction hearing in July, before Judge Thomas D. Schroeder in the U.S. District Court for the Middle District of North Carolina, the government produced Professor Charles Stewart of MIT’s political-science department. According to the transcript of that proceeding, when Stewart was asked why he believed that eliminating same-day registration (which only eleven states have) was discriminatory, he said that same-day registration provides “a mechanism and a time that’s well situated for less sophisticated voters, and therefore, it’s less likely to imagine that these voters would — can figure out or would avail themselves of other forms of registering and voting” (emphasis mine).

And who are those “less sophisticated voters” who can’t “figure out” how to register to vote? They “tend to be African Americans,” according to Stewart. He added that “people who register to vote the closer and closer one gets to Election Day tend to be . . . less-educated voters, tend to be voters who are less attuned to public affairs.” Stewart said that these voters “tend to be African Americans.” Of course, the voter-registration data in North Carolina directly contradicts this, since Stewart was forced to admit that blacks in North Carolina actually “were registered at a higher rate than whites” before Election Day in the 2012 election.

Stewart leveled the same type of criticism at a measure to reduce the number of early-voting days. African Americans would be deterred from voting, he said again, because they are “less sophisticated voters.” He denied that he was racially stereotyping blacks — even when he said that they have a harder time figuring out how “to navigate the rules of the game.” He admitted that he did not survey black voters in North Carolina to ask them “directly about understanding the rules of registering and voting.”

Stewart is the same expert the DOJ used in its unsuccessful 2012 challenge to South Carolina’s voter-ID law. There, he testified that the law would have a “disparate impact” on black voters. But a federal court was not persuaded by his “expert” testimony, and the law was subsequently implemented without any of the problems predicted by Stewart.

Back in North Carolina, Stewart was further embarrassed when he was forced to admit during cross-examination that, in testimony in another lawsuit, challenging Florida’s reduction in early voting days, he had predicted a “disparate impact” on black voters and his prediction there, too, turned out to be wrong.

The NAACP’s expert was another professor, Barry Burden, of the University of Wisconsin. Burden claimed that blacks and Hispanics are less able “to pay the costs of voting” because of the “stark differences between whites, on the one hand, in North Carolina and those of blacks and Latinos in North Carolina.” By costs, Burden was referring to “the time and effort that a voter has to put in in order to participate.” That includes “locating the polling place, getting the right paperwork, understanding who the candidates are, becoming informed.” From his testimony, it was clear that Burden did not think that blacks and Hispanics have the same ability as whites to accomplish basic tasks such as locating a polling place, filling out a one-page voter-registration form, and learning what issues candidates support or oppose.

In all of their analyses, neither expert bothered to compare voter registration and turnout across states. As Thomas Farr, representing North Carolina, pointed out in his cross-examination of Burden, had they done such a comparison, they would have had to explain how the “Obama campaign was able to achieve high black turnout in Virginia comparable to North Carolina.” Virginia has neither same-day registration nor early voting.

The experts’ patronizing and dismissive attitude toward black Americans and other minority voters mirrors the fundamental nature of the litigation filed by the Justice Department and the NAACP against North Carolina. According to them, minority voters are “less sophisticated” and don’t have the same ability as white voters to register to vote, to even find their polling place, or to be informed about the candidates and the issues in the election. This is not much different from the attitudes one heard in the South during the Jim Crow era, when blacks were frequently seen as lazy and unable to competently function in society.

If a Republican Justice Department had made these arguments, it would have been properly criticized for making such assumptions and castigated as being, at best, borderline racist. Such views insult American citizens of every color, all of whom have the same opportunity, ability, and right to participate in our great republic.