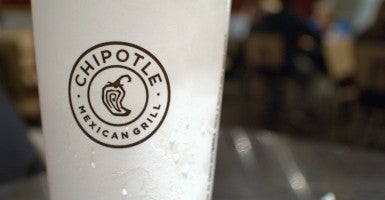 Mitt Romney took a lot of heat on the campaign trail in 2012 for saying that “corporations are people …everything corporations earn ultimately goes to people” and suggesting they have rights like everyone else.

But are they people? And do they have rights?

A panel of legal scholars took on those questions and others Thursday at The Heritage Foundation.

Robert Post, the dean and a professor of law at Yale, said the question of whether corporations have rights is itself unhelpful.

“Does anybody in this room think that a corporation should vote? No,” said Post. “A better question would be ‘What rights do we have, and how do we apply them?’”

Post also said it depends to some extent on the type of organization. Some, such as press outlets, might merit more protection.

Mark Rienzi, a law professor at Catholic University in Washington and a senior counsel at the Becket Fund for Religious Liberty, said that it was “dangerous” to dictate First Amendment rights based on the type of organization in question.

To Rienzi, the questions are: “Is it speech? Is it the press? Is it religion?”

“There is no difference between a corporation’s conscience–its moral, ethical and philosophical beliefs–than its religion,” said Rienzi. “Individuals do things individually, but they also do things in groups.”

Sarah Duggin, who also teaches law at Catholic University, said it is problematic to grant rights to a corporation because it is “an artificial person, a legal fiction”.

“Corporations have no souls. They don’t pray. They don’t receive the sacraments,” said Duggin. “It’s wrong to attribute faith to a legal fiction.”

Duggin said faith “can and should be a positive influence on business,” but that business shouldn’t influence faith.

The event, “Constitution, Inc.: What Rights Do Corporations Have?” was led by Andrew Kloster, a legal fellow at The Heritage Foundation.