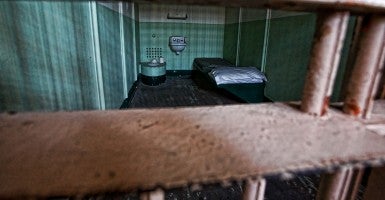 On Sept. 10, Earl Ringo Jr. was executed in Missouri. Before you decide whether or not this is right, consider what Ringo did.

In July 1998, Ringo and an accomplice planned to rob a restaurant where Ringo had previously worked. Early one morning, they followed delivery truck driver Dennis Poyser and manager-in-training Joanna Baysinger into the building before shooting Poyser to death and forcing Baysinger to hand over $1,400. Then, Ringo encouraged his partner to kill her. A jury convicted Ringo of two first-degree murders.

Some crimes are so heinous and inherently wrong that they demand strict penalties – up to and including life sentences or even death. Most Americans recognize this principle as just.

A Gallup poll from May on the topic found that 61 percent of Americans view the death penalty as morally acceptable, and only 30 percent disagreed. Even though foes of capital punishment have for years been increasingly vocal in their opposition to the death penalty, Americans have consistently supported capital punishment by a 2-to-1 ratio in murder cases. They are wise to do so.

Based on data from all 50 states from 1978 to 1997, each state execution deters an average of 14 murders annually.

Studies of the death penalty have reached various conclusions about its effectiveness in deterring crime. But a 2008 comprehensive review of capital punishment research since 1975 by Drexel University economist Bijou Yang and psychologist David Lester of Richard Stockton College of New Jersey concluded that the majority of studies that track effects over many years and across states or counties find a deterrent effect.

Indeed, other recent investigations, using a variety of samples and statistical methods, consistently demonstrate a strong link between executions and reduced murder rates. For instance, a 2003 study by Emory University researchers of data from more than 3,000 counties from 1977 through 1996 found that each execution, on average, resulted in 18 fewer murders per county. In another examination, based on data from all 50 states from 1978 to 1997, Federal Communications Commission economist Paul Zimmerman demonstrated that each state execution deters an average of 14 murders annually.

A more recent study by Kenneth Land of Duke University and others concluded that, from 1994 through 2005, each execution in Texas was associated with “modest, short-term reductions” in homicides, a decrease of up to 2.5 murders. And in 2009, researchers found that adopting state laws allowing defendants in child murder cases to be eligible for the death penalty was associated with an almost 20 percent reduction in rates of these crimes.

In short, capital punishment does, in fact, save lives. That’s certainly not to say that it should be exercised with wild abandon. Federal, state and local officials must continually ensure that its implementation rigorously upholds constitutional protections, such as due process and equal protection of the law. However, the criminal process should not be abused to prevent the lawful imposition of the death penalty in capital cases.

Moral indignation is an appropriate response to inherently wrongful conduct, such as that carried out by Earl Ringo Jr. While the goal of lower crime through deterrence is worthwhile, lawmakers need to place special emphasis on the moral gravity of offenses in determining the proportionality of punishment.

The execution of Ringo was morally just. And it may just save the lives of several innocents.

Originally appeared in US News and World Report.