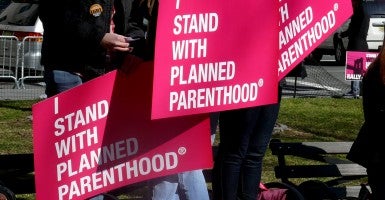 Despite promises to the contrary by members of Congress and even the president, Americans now know that Obamacare is entangling tax dollars with coverage of elective abortion.

But that’s not the full story on how Obamacare funds the abortion industry.

Just a few weeks ago, the Department of Health and Human Services announced the award of more than $500,000 in taxpayer grants to Planned Parenthood affiliate health centers in Iowa and Montana to act as “navigators,” helping enroll Americans in federally facilitated insurance exchanges under Obamacare. Those grants are in addition to the more than $655,000 Planned Parenthood affiliate health centers received from the federal government under the same program last year.

As Obamacare enters its second enrollment period, both the federal and state governments are continuing to fund an army of taxpayer-compensated community groups often called “navigators” or “in-person assisters,” that will market the health care law and facilitate entrance into the health plan marketplaces.

While federal navigators are continuing to help assist enrollment in the federally facilitated exchanges, more than a dozen states that have set up their own state-based exchanges continue to spend millions in taxpayer dollars to fund community group “assisters” to promote their marketplaces. Many of those “assisters” also include local Planned Parenthood affiliate health centers, providing additional streams of Obamacare funding to the largest abortion provider in the nation.

For the 2015 enrollment period thus far, local Planned Parenthoods in and Minnesota have been awarded “assister” grants totaling more than $160,000 and other states are expected to follow suit. Again, that funding is in addition to the more than $1 million in total grants awarded to local affiliate health centers from California, Minnesota, Vermont and the District of Columbia alone last year.

Planned Parenthood also could financially benefit from an Obamacare requirement that qualified insurance plans cover a certain percentage of “essential community providers.” Those providers, according to a “non-exhaustive” list updated by the Department of Health and Human Services for 2015, can include nearly 300 local Planned Parenthood affiliate health centers—although covering the centers is not mandated. Some states have implemented more stringent requirements for coverage of essential community providers. In Minnesota, for example, insurers are required to offer contracts to certain local Planned Parenthood affiliate health centers, among other providers.

At Planned Parenthood’s annual fundraising gala last year, President Obama lauded the group’s efforts in helping pass the health care law, remarking: “I know how hard you worked to help us pass health care reform.  You and your supporters got out there—you organized; you mobilized; you made your voices heard.  It made all the difference.”

With more than a half-billion in current government funding in one year alone and repeatedly reporting excess revenues in the millions of dollars, Planned Parenthood hardly needs additional taxpayer money.

The coercive, one-size-fits-all regime of Obamacare already is increasing costs and further burdening taxpayers. Bureaucrats using the law to funnel more tax dollars to an organization that claims to have performed more than 327,000 abortions in one year alone should give policymakers yet another reason to repeal Obamacare.