At $286K, Members of Congress Earn a Lot for How Little They Accomplish 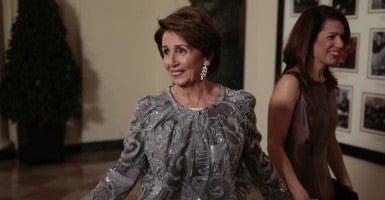 Congress has just returned from a 5-week recess to a lot of unfinished business—it has yet to send even one of the 12 spending bills due on Sept. 30 to the president’s desk.

A new report by the Taxpayers Protection Alliance and Our Generation reveals that members of Congress take home a big paycheck for meager results in Washington. At $174,000, members of Congress make more than 95 percent of American income earners. Once generous benefits are added, members’ compensation totals $286,000 per year. And at least one member of Congress argued recently even this generous compensation package wasn’t enough—that Congress also should get a housing stipend.

Congress’s main job is to budget. But when it comes to passing annual spending bills, members of Congress have not accomplished that in full and on time since 1997. Many were hopeful Congress would use this year’s head start into the appropriations process (Congress agreed on the spending level in December 2013, instead of April 2014) to actually meet the deadlines, but such hope has long given way to resignation. There is simply not enough time left in this fiscal year. President Barack Obama delivers his State of the Union Address to a Joint Session of Congress. (Photo: Ron Sachs/Newscom)

The budget process is designed to foster debate to prioritize spending in accordance with the national interest. Failure to follow it as intended usually means Congress passes a bloated omnibus bill few lawmakers have read or simply continues current funding levels and policies with a funding extension (known as a continuing resolution) to avoid a government shutdown. This congressional neglect means programs that are wasteful, crony and outside the proper scope of the federal government continue, and taxpayers get stuck footing the bill. Approaching deadlines provide the perfect excuse to push through special-interest largesse.

This year, Rep. Keith Rothus, R-Pa., decided that perhaps Congress should bear some consequences for failing to follow its own budget process. He introduced H.R. 3887, the Congressional Pay for Performance Act of 2014, holding congressional pay in an escrow account until Congress approved a budget and spending bills, or the last day of the Congress (to meet the Constitution’s requirements). To no one’s surprise, the bill has garnered only four co-sponsors thus far.