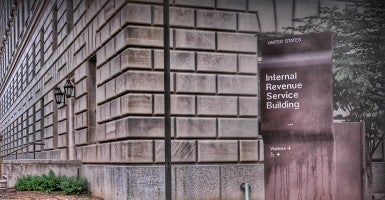 The Faith and Freedom Coalition today demanded release of a secret legal agreement between the IRS and an atheist group about censoring the content of  sermons and other messages heard in houses of worship by challenging their tax-exempt status.

The agreement followed the voluntary dismissal of a 2012 lawsuit filed in federal court by the Freedom From Religion Foundation, a nonprofit atheist organization that advocates strict separation of church and state.

The suit attempted to force the Internal Revenue Service to question the tax-exempt status of churches and other houses of worship when priests, pastors, rabbis and other clergy preach in a way that has “political implications.

The agreement reached July 17 between the atheist group and the IRS has not been made public. Nor has the IRS stated what new protocols or provisions it agreed to follow in enforcing the tax code.

>>> Is the IRS Going to Censor Sermons at Your Church?

Causing alarm among Christian organizations such as the Faith and Freedom Coalition was a statement released by Freedom From Religion Foundation’s president, Annie Laurie Gaylor, calling the group’s settlement with the IRS a “victory.” Gaylor wrote:

This is a victory, and we’re pleased with this development in which the IRS has proved to our satisfaction that it now has in place a protocol to enforce its own anti-electioneering provisions.

Adding teeth to the agreement, Gaylor added, her group “could refile the suit if anti-electioneering provisions are not enforced in the future against rogue political churches.”

Ralph Reed, chairman of the Faith and Freedom Coalition, said:

Given the history of the IRS in harassing, persecuting and infringing on the First Amendment rights of Christians and other people of faith, this is a deeply disturbing development. For the Christian community to be targeted for increased enforcement power and the threat of loss of tax-exempt status by this scandal-plagued agency defies logic, common sense, and any sound legal basis.

Also calling for more information was Oklahoma Attorney General Scott Pruitt, who last week wrote the IRS and Department of Justice seeking copies of the agreement, correspondence between the government and the Freedom From Religious Foundation, and other internal documents.