Is the IRS Going to Censor Sermons at Your Church? 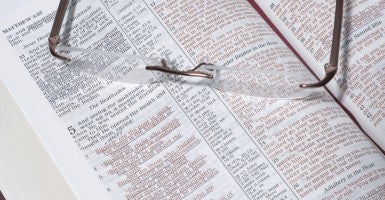 The IRS may not approve of how your pastor preaches on Jesus's Sermon on the Mount (Matthew 5). (Photo: ThinkStockPhotos.Com)

An atheist group wants to censor what priests, pastors, rabbis and other clergy say in their sermons by threatening an IRS challenge of their tax-exempt status.

Generally, the leaders of houses of worship in America have the constitutional right to preach and promote anything short of an outright endorsement of a political candidate. But now, that freedom is being challenged.

In 2012, the Freedom From Religion Foundation, a nonprofit atheist organization that advocates strict separation of church and state, sued the Internal Revenue Service seeking to force the agency to question the tax-exempt status of churches and other houses of worship if they preach on moral issues in a way that has “political implications.”

On July 17, the Freedom from Religion Foundation formally agreed to dismiss the lawsuit voluntarily, with assurances from the IRS that the agency “no longer has a policy of non-enforcement against churches.” The lawsuit, filed in the U.S. District Court for the Western District of Wisconsin, was dismissed without prejudice—meaning the atheist group could revive it at any time if the IRS reverts to its previous “inaction.”

Daniel Blomberg, legal counsel at The Becket Fund for Religious Liberty, agreed to answer questions about the case from The Daily Signal and explain the threat posed to Americans’ religious freedom.

The Daily Signal: Who and what is the Freedom from Religion Foundation, and what is this campaign they’ve launched against houses of worship?

Blomberg: The Freedom From Religion Foundation is a militant atheist group that seeks to marginalize religion in public life and demonize it generally. The lawsuit just dismissed was a step worse than usual. It was a failed attempt to use everyone’s favorite government agency— the IRS—to censor private religious speech: what pastors say to their congregations during religious services.

Q: What authority does the IRS have to monitor or censor sermons?

A: The Internal Revenue Service has seized on an old law, the “Johnson Amendment,” which was pushed through by an at-risk politician to censor what some non-profits were saying about him; [the IRS] expanded it through regulation to ban pastors from using “code words” such as “pro-life” in their religious instructions in church services.

Q: What is the Johnson Amendment?

A: It’s a tax law that restricts the speech of certain tax-exempt groups, including churches. The IRS has implicitly recognized that it can’t punish houses of worship for a minister’s sermon to the congregation, but it constantly threatens enforcement without ever following through. And that’s why the Freedom From Religion Foundation sued—it wanted more than threats, it wanted censorship.

Q: Why should Americans of all religious faiths and beliefs be alarmed?

A: Because while reasonable people can disagree about how much religious leaders should preach about politics, they all should agree that the IRS doesn’t have any role censoring what a pastor says in the pulpit during a religious service. And they should further agree that militant atheists shouldn’t be able to use the IRS as their attack dog.

Using government coercion to ban pastors, rabbis, imams, and priests from talking to their own congregations in the context of a religious service regarding religious beliefs just because those beliefs threaten politicians is about as unconstitutional as a regulation could be.

Q: What is The Becket Fund’s role?

A: The Becket Fund represented Holy Cross Anglican Church in fending off the Freedom From Religion Foundation’s lawsuit. And we remain actively engaged in protecting houses of worship from IRS censorship.

Q: Is the IRS embracing the Freedom From Religion Foundation’s position?

A: Once Holy Cross Anglican Church intervened in the lawsuit to protect churches from censorship, the IRS and the Freedom From Religion Foundation worked together to dismiss the lawsuit and protect the Johnson Amendment from a direct challenge.

Because the IRS never enforces the amendment, churches never get a chance to fight back. But the lawsuit gave houses of worship a chance to stand up, and once the Freedom From Religion Foundation realized that, they and the IRS couldn’t run away fast enough.

Q: Has any house of worship faced punishment or censorship already as a result of this lawsuit?

A: No. The lawsuit had no impact at all. In fact, the Freedom From Religion Foundation admitted to the court in support of its joint request with the IRS to dismiss the lawsuit that the IRS isn’t enforcing the Johnson Amendment at all right now – not against churches, not against anyone. Although the IRS is still threatening houses of worship with censorship, and apparently has 99 churches on its list of targets for the future, FFRF’s lawsuit has nothing to do with that.

Q: What happens next?

A: The ball remains in the IRS’s court. It can stop threatening ministers about the religious teaching they provide to their congregations.