This Is the Crisis That Should Dominate the Headlines 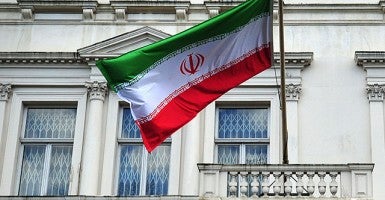 Robert R. Monroe is a retired vice admiral in the U.S. Navy and the former director of the Defense Nuclear Agency.

Other crises may dominate the headlines. But none of them—not our crushing national debt, cyberwar, Russian aggression, Chinese belligerence or even the chaos in the Middle East—pose the threat of global nuclear proliferation.

Nuclear weapons are a threat like no other. I managed four underground nuclear tests, and I have witnessed the nearly unimaginable destructive power of these weapons. Each can destroy a large city, kill millions and leave a radioactive wasteland.

Proliferation of nuclear weapons leads to a world of nuclear horror and chaos, return from which does not seem possible.  Throughout most of the nuclear era, the world was fortunate to limit the spread of nuclear weapons. But in the last two decades, two irresponsible and belligerent nations, Iran and North Korea, have worked intensely to develop nuclear weapons production capabilities, and both are on the verge of success. Unless stopped, they will trigger a global cascade of proliferation.

In fact, they already are causing a hidden surge of proliferation. Year after year, the world’s leaders have settled for hand-wringing and impotent sanctions against Iran and North Korea, and other states have noticed. Nations most seriously threatened by Iran are negotiating to acquire nukes from friendly nuclear weapons states; advanced nations are technologically preparing to produce them; and developing countries are busily acquiring nuclear knowledge, using nuclear power as a cover.

Playing the numbers game, the two rogues soon will raise the count of nuclear weapons states from eight to 10. Iran’s weapons will force Saudi Arabia, Egypt, Turkey and other Mideast states to follow. North Korea’s will stimulate South Korea, Japan, Taiwan and other Asian nations to go nuclear in self-defense. These two regional races will raise the count to about 20 states within a decade or so. In another 10 years, advanced states such as Germany, Brazil and Argentina will join the club. Ten more years will bring in the fastest-moving of the developing states, raising the total by maybe 10 more.

With nuclear weapons held by some 40 states, and with fissile material available at reactors worldwide, the use of nuclear weapons will become commonplace. They will be used by aggressors, by nations being overwhelmed, by failed and failing states, rogue states and in civil wars. Add terrorists, criminals, extortionists and disaffected individuals, and you begin to get the picture.

What is the U.S. doing to avert this disaster? President Obama’s “world without nuclear weapons” fantasy did nothing but seriously weaken America. And now he has led us into an unwise negotiation with Iran, which has just been extended for four months.

Two direct outcomes are possible from this wrong-headed extension. Iran could agree to dismantle its nuclear facilities, which won’t happen. Or, the U.S. and other major powers could cave in and sign an agreement that allows Iran to pursue “a small, peaceful nuclear enrichment program, under safeguards.” That’s more likely.

This abandonment of a nonproliferation cornerstone will legitimize Iran as a threshold nuclear weapons state. Iran will be able—at any time—to develop nuclear weapons covertly, within months. The world will see that Iran has won and henceforth must be regarded as having nuclear weapons. The global race to acquire nuclear weapons will accelerate significantly. In summary, the world is at the point of no return on proliferation.

Is there a way to avoid disaster? Absolutely. But to prevent proliferation, we must stop the proliferators. It’s that simple. There must be a cop on the beat. In the case of Iran, the U.S. should state clearly it will not sign any agreement which does not require Iran to dismantle its enrichment and other nuclear facilities. If this requires the US to break with the P5+1, so be it.

Simultaneously – although years late – we should try deterrence for the first time. We should inform Iran that if it does not carry out such dismantlement, we will be forced to do it with military force and without delay.

We have many options. At the low end, hit the enrichment facilities at Natanz with a single, powerful strike and term it an element of the negotiation process. At the high end, carry out multiple, continued strikes on all known or suspected nuclear facilities, including the Arak reactor. These strikes will result in some casualties and destruction but nothing compared to those suffered if Iran gains nuclear weapons.

With these strikes, the world will change. In the face of America’s resolute action, proliferation will cease, and widespread hope for the world will be created. There’s even hope North Korea—through negotiation backed by active deterrence—can be brought to non-nuclear status, keeping the world stable at eight.

It’s not nuclear weapons the world must be free of, it’s nuclear weapons’ use.  In future decades, the enforcers of nonproliferation almost certainly will be the five internationally approved nuclear weapon states of the Nonproliferation Treaty, acting collegially. The world’s best hope is for nuclear weapons to be limited to large, responsible states. To preserve this hope, America must have the courage and sense of responsibility to act alone. The fates have presented us with this one fleeting opportunity to alter the world’s course.

But we must act now. America must get its priorities straight. No other threat facing our nation is as immediate or as terrifying as nuclear proliferation. It requires enforcement.