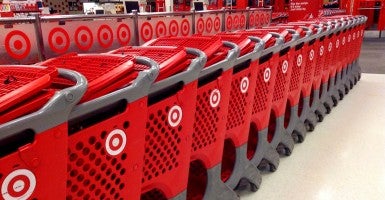 CULLMAN, Ala. — Alabama gun groups don’t plan any demonstrations inside Target stores like those seen in Texas, and some even argue those protests were “counterproductive” to the open carry cause.

Target last week asked its customers not to carry firearms into its stores, including in communities where open carry—when the gun is visible, instead of concealed—is permitted.

Interim CEO John Mulligan wrote on the official Target blog that “this is a complicated issue, but it boils down to a simple belief: Bringing firearms to Target creates an environment that is at odds with the family-friendly shopping and work experience we strive to create.”

Target’s message came in response to members of Open Carry Texas walking through the aisles carrying purchases such as cookies with high-powered rifles hung from their shoulders. The group was calling attention to the fact that although the Lone Star State will allow them to carry such long-barreled guns on their backs it is one of only six states that won’t permit open carry of small handguns.

The Minneapolis-based chain also likely felt pressure from the Michael Bloomberg-backedMoms Demand Action for Gun Sense in America, which gathered 400,000 signatures on a petition calling for Target to dissuade customers from bringing guns into its more than 1,700 stores.

Mike Godwin, owner of Mike’s Gun Shop in Pinckard, Ala., told Alabama Watchdog the Target demonstrations crossed the line and were “counterproductive to the cause.”

“There’s some common sense involved,” said Godwin, who has helped organize meetings of Alabama Open Carry. “Walking around Target with an AR-15 is a little much. You’re disturbing the peace. You’re alarming people.”

Eddie Fulmer of Northport, Ala., co-founder and president of Bama Carry, said he “can see both sides of the coin.” On one hand, Target is trying to provide a comfortable shopping environment. On the other hand, members of Texas Open Carry are fighting for their Second Amendment rights.

Neither Godwin nor Fulmer has heard of any planned demonstrations in Alabama, which allows the open carry of long firearms, despite heated Internet rhetoric on the issue.

Although he said he’s “disappointed” in Target and that he’d “rather them say nothing,” Fulmer said Bama Carry isn’t “planning on taking any action.”

The Texas demonstrations were evidently the work of a loosely formed group of Open Texas Carry members rather than the organization as a whole. Open Texas Carry released a statement saying it would continue “to honor our months-long policy of not taking long arms into Target stories or any other business … Interfering with or making a scene at private corporations is something to which Open Carry Texas has never lowered itself, a practice we will maintain.”

Johnny Kampis is a reporter for Watchdog.org, a national network of investigative reporters covering waste, fraud and abuse in government. Watchdog.org is a project of the nonprofit Franklin Center for Government & Public Integrity.