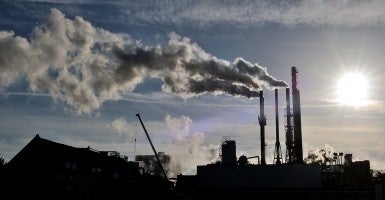 The New York State Court of Appeals recently issued a landmark ruling affirming the “home rule authority” of towns. In the 5-2 decision, the court upheld 2011 ordinances that prohibited Marcellus Shale gas drilling in the towns of Middlefield and Dryden. Under the new ruling, towns and local communities may use zoning laws to ban hydraulic fracturing, among other forms of natural gas extraction techniques.

Norse Energy USA, a drilling company, and an upstate dairy farmer separately sued the towns, arguing the ordinances violated the Oil, Gas and Solution Mining Law (OGSML). They contended the OGSML was established to create uniform statewide regulations on the oil and gas industry. They believed the towns of Middlefield and Dryden lacked the authority to ban fracking and similar pursuits within their town boundaries.

Their appeal to the court is part of a larger and ongoing hydraulic fracturing debate in New York State. Since 2008, fracking has been halted due to a statewide moratorium. What separates New York from other states that have similarly prohibited fracking is the Empire State actually has some of the richest gas deposits in the nation, which could provide vast economic benefits to local residents. And for decades, states that welcome drilling and fracking have successfully demonstrated it can be done in an environmentally safe fashion.

According to New York State’s Department of Environmental Conservation, the Marcellus Shale formation contains 489 trillion cubic feet of natural gas, much of which is below New York and Pennsylvania. In Pennsylvania, landowners have been allowed to exercise their property rights and make land management decisions in regards to fracking. The case of Pennsylvania presents provides a stark contrast to that of New York, where landowners are unable to utilize their property the way they best see fit. A great number of the desirable drilling sites is in otherwise economically depressed areas of New York State. New Yorkers would benefit as Pennsylvanians and other states across the country have from the much needed jobs and economic growth energy production provides.

States that welcome drilling and fracking have successfully demonstrated it can be done in an environmentally safe fashion.

In fact, the Empire State has already benefited from other states fracking in the Marcellus region. Fracking has created jobs both directly and indirectly while also decreasing the price of electricity. Opponents of fracking cite health and environmental risks, but numerous scientific and case studies have proven them to be nonexistent when the process is executed properly. Hydraulic fracturing in the U.S. is subject to both federal and state regulations.

The Court of Appeals’ decision is significant because it allows those directly affected by fracking to make the decision on whether companies should be allowed to drill or not. New York State should continue to let the towns decide by lifting its statewide ban on fracking. One can only hope New York State’s towns will have the opportunity to benefit from the advantages fracking provides.