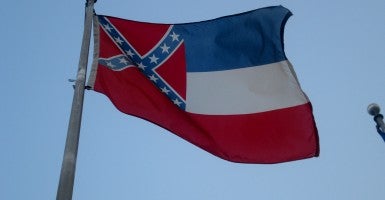 A recent study labeled Mississippi as the nation’s most corrupt state, but state auditor Stacey Pickering says it should get credit for its efforts in fighting corruption.

The study by researchers Cheol Liu from the City University of Hong Kong and Indiana University’s John L. Mikesell found corruption in Mississippi was tops among the states from 1976 through 2008. The study sized up the effect of public corruption—measured by convictions—on state spending.

“I think this study does a disservice to the state’s image,” Pickering said. “Since 2008, when I entered the Legislature, we’ve made tremendous progress in the last decade when it comes to public corruption. I think the study was put out with old data and conviction rates and is misleading.”

The two-term state auditor said since the period examined in the study the state has taken concrete steps toward fighting corruption with new laws and prosecutions of offenders.

In 2012, the State Integrity Project gave Mississippi a C-plus rating, ranking it sixth best among the states, including an A rating for its internal auditing.

One of those new laws,Senate Bill 2625 passed in 2013, makes it illegal for any public official who has been convicted or has pleaded guilty to stealing public funds to hold office with any government entity in Mississippi.

“We had people that we were arresting or actually getting convicted who went back to work in a job that they already were in or did other jobs working for government,” Pickering said. “We had a couple of government officials that we arrested that it was their second bite of the apple.”

Since 2008, 24 public officials have either been removed or resigned under duress due to investigations by the state auditor’s office, and $19 million of embezzled or misappropriated taxpayer funds have been recovered. The investigations division has gotten 57 indictments with 137 convictions or guilty pleas.

When asked about his study and whether he and Mikesell will do an update with data after 2008, Liu said that’s “possibly work for the future.”