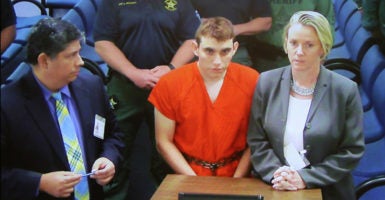 In the wake of the horrific shooting at Marjory Stoneman Douglas High School in Broward County, Florida, news and social media once again lit up with calls to “do something” about gun violence.

Despite a general lack of basic details surrounding the tragedy, many immediately (and erroneously) blamed President Donald Trump and Republicans for failing to pass “commonsense gun control legislation.”

However, new information emerged Friday that appeared to indicate that both local and federal law enforcement agencies were aware of the shooter’s long history of concerning behaviors, and that the FBI might have prevented the shooting had it followed its own investigation protocols. Attorney General Jeff Sessions has ordered a review of the FBI’s internal procedures.

Once again, it does not seem that a lack of adequate gun control laws is to blame for tragic gun deaths, but rather a failure to adequately enforce current gun laws and investigation protocols.

Shortly after the shooting, media outlets began reporting that the FBI had previously received a tip in the fall from a YouTube poster about a troubling comment left on one of his videos. The commenter, whose username had the exact spelling of confessed Feb. 14 shooter Nikolas Cruz’s name, bragged about becoming “a professional school shooter.”

FBI Special Agent Robert Lasky confirmed that the FBI received this information, but told reporters that the agency was unable to verify the commenter’s identity at the time, and that the YouTube poster who complained about the comment lived in Mississippi with no connection to Broward County, Florida.

Lasky declined to explain why the bureau was not able to verify whether the author of the threatening comment used his real name, or whether he had any relation to the Florida shooter.

Earlier Friday, the FBI released a statement saying it received a call about the shooter through its tip line on Jan. 5. The caller left information detailing the shooter’s “gun ownership, desire to kill people, erratic behavior, and disturbing social media posts, as well as the potential of him conducting a school shooting.”

It appears this information was not forwarded to the Miami field office for investigation.

The FBI has since acknowledged that, under its own protocols, the tip should have been assessed as a potential threat to life, and investigative steps should have been taken. It determined that “these protocols were not followed for the information received by the [tip line] on January 5.”

This disclosure of the agency’s failure to effectively follow up—twice, no less—on information regarding the threat of violence is especially concerning in light of news reports that, the day before the Florida shooting, a grandmother in Everett, Washington, may have stopped a similar tragedy from occurring.

On Tuesday, Catherine Katsel-O’Connor called 911 after reading her 18-year-old grandson’s journal, which detailed violent sentiments and plans to commit a school shooting. She also found a semi-automatic rifle in his guitar case. The 18 year old was arrested later that day, and police claim he planned to kill his classmates with the rifle and homemade explosives.

It is quite possible that a similar follow-up investigation on the Florida shooter would have revealed some of the similar threats of violence left on his social media accounts.

Shooter Had No Criminal History

Along with the concerning behaviors reported to the FBI, it is becoming evident that the shooter had a long history of red flags.

Neighbors have shared numerous stories of the shooter being a “source of agitation,” including a time he allegedly smashed a trailer with a golf club out of anger. One neighbor noted that the shooter’s mother sometimes called the police to come and talk to him, and another neighbor told reporters that a police officer once had to stand at a particular intersection to ensure the shooter did not throw rocks at passing cars.

Several of the shooter’s peers have said he would joke about being the type of person to shoot up a school, and that he “threatened to bring guns to the school multiple times.” Anecdotes from other students indicate he posted on Instagram about killing animals, and multiple news outlets report that his social media footprint included threats to “die fighting” while “killing a [expletive] ton of people.”

Broward County schools Superintendent Robert Runcie confirmed that the shooter had recently been expelled from Marjory Stoneman Douglas High School for disciplinary reasons, and was enrolled elsewhere in the district. A math teacher at the school told reporters that he recalled receiving emails last year from the school about the shooter’s concerning behaviors.

Students have also reported he had been expelled for bringing knives to school, and that he may have exhibited stalking and violent behaviors toward his ex-girlfriend and her new boyfriend.

Despite these numerous behavioral problems, it does not appear the shooter had any criminal convictions or mental health commitments that would have disqualified him from legally possessing a firearm.

Florida law, like that of all states and the federal government, prohibits citizens from purchasing or possessing firearms if they have been convicted of a felony or a domestic violence misdemeanor. This includes people under the age of 24 who have been adjudicated in juvenile court for acts that would have constituted a felony if committed by an adult.

Although Broward County sheriff’s deputies were called to the shooter’s house 39 times since 2010, there are no reports that any of these police contacts resulted in his arrest or prosecution for a crime.

The law also bars possession of firearms by those who have been determined by a court to be mentally defective, or who have been involuntarily committed to mental health or drug treatment via a court order. The prohibition extends to voluntary commitment only under a very narrow set of circumstances where the person would have been involuntarily committed if he or she had not chosen treatment on their own.

It appears the shooter had voluntarily sought and received mental health treatment for a period of time, but stopped over a year ago. The nature of his treatment is unclear, but there is no judicial record indicating it would have prohibited his later purchase of a firearm.

Perhaps, in light of his disturbing behavior, he should have been involuntarily committed prior to the shooting. Had that happened, he would not have been able to purchase a firearm (at least not legally) and this tragedy might not have occurred.

Many jurisdictions do not consider voluntary mental health treatment to disqualify a person from purchasing firearms, largely because they do not want to discourage people from seeking help out of fear they will forfeit their Second Amendment rights.

Failure of Protocol and Prevention

There is little doubt that this shooting might have been prevented—not by the “commonsense gun laws” that some now advocate, but by “commonsense investigation” and “commonsense prevention” pursuant to laws already on the books.

The FBI had two different opportunities to follow up on serious threats to public safety, where even a cursory investigation would have revealed a deeply troubled individual with both the desire and capacity to carry out armed attacks on innocent people.

Despite years of apparently criminal behavior, including repeated exhibitions of violence toward others and dozens of contacts with local law enforcement, the shooter was apparently left without an official record that would indicate he should not possess a weapon.

This tragedy was not the result of lax gun laws. It was the result of repeated failures to act, despite consistent warnings that this individual posed a direct and substantial threat to public safety.

The answer is not new laws to restrict the rights of nonviolent, law-abiding citizens. The answer is start taking obvious threats seriously under the mechanisms already afforded by the law.