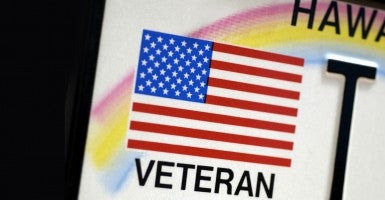 Perhaps more striking, some 64,000 veterans enrolled in the system for at least 10 years have yet to see a doctor, according to a Department of Veterans Affairs audit released Monday.

Even before the audit, said Willes Lee, a West Point graduate, the problems for veterans in getting medical care were obvious.

“We didn’t need an audit to tell veterans and their families that they are being abused, abandoned and discarded,” Lee said. “… Hawaii liberals in Congress and the state capitol have failed us. They didn’t know? Come on. This is disgusting.”

Tito Montes, a former Naval officer who leads the Hawaii Republican Assembly political group, called the treatment of veterans “abominable.” He agreed with others that it’s time for privatization of the system. He also noted the VA’s failed delivery of health care to veterans doesn’t bode well for Obamacare.

“Aside from the human tragedy, these terrible outcomes serve as a large wake-up call and accurate forecast of what is to come with Obamacare. If bureaucracy cannot take care of our veteran population, how can the government do it for the whole country?”

U.S. Rep. Tulsi Gabbard, D-Hawaii, a military veteran who served two tours in the Middle East, spent last week on a “veterans listening tour” and came away calling the treatment of veterans in Honolulu “infuriating and deeply disappointing.”

“Some came with tears streaming down their face, as they begged for someone to please help them,” Gabbard said. “It makes me sick knowing that our returned warriors are subject to begging for care when they come home.”

Nationally, nearly 64,000 new veterans are said to have asked for appointments in the VA’s 1,700 hospitals and clinics but have not had those appointments scheduled.

“Our veterans should not have to wait another day to get the care they have earned and deserve,” she said. “They must not be told to wait for the VA to be fixed.”

Gabbard, who is drafting legislation to give veterans the right to obtain private medical care as a temporary solution, has launched a campaign to get local veterans to speak out if they have been treated unfairly.

Former Rep. Charles Djou, a Hawaii Republican and Afghan war veteran who served on the House Armed Services Committee, said he, too, has waited for VA services.

“Long term, we should allow all vets the option to access private health care facilities using the veterans benefits they earned, instead of forcing vets to use government-mandated VA institutions,” Djou said.

Yesterday, the U.S. House passed legislation allowing veterans to seek private care at VA expense if they must wait 30 days or more to be seen by a doctor.

The VA, meanwhile, said the agency will discard its goal to schedule appointments within two weeks because it’s “not attainable,” but it will implement an emergency plan to get medical care to veterans by hiring temporary staff, extending clinic hours, referring patients to private care and restoring its mobile medical units in some critical areas.

The controversial bonus system that set off a firestorm across the country will be suspended, as will hiring more bureaucrats at its headquarters.