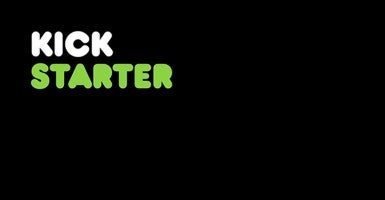 After stirring controversy over its handling of the movie “Gosnell,” crowdsourcing website Kickstarter is altering its policies. In a blog post Tuesday, the company announced two changes: a “Launch Now” feature and “dramatically simplified rules.”

In May 2013, Gosnell was found guilty of murder for the deaths of babies at his Philadelphia clinic. The producers said their film will document his 40-year career in the abortion business, a period when thousands of babies likely died on his watch. Gosnell is now serving a life sentence without the possibility of parole.

To launch their fundraising campaign, Kickstarter insisted McAleer and McElhinney modify or remove language such as “1000s of babies stabbed to death” and “1000s of babies murdered,” which was not in line with “the spirit” of their community guidelines.

The filmmakers rejected this request, telling The Daily Signal it was an attempt to “censor” their project. Instead, McAleer and McElhinney turned to Indiegogo, a similar crowdsourcing website, to raise the necessary funds. There, they set a record for the largest non-celebrity film on any crowdfunding website.

Shortly after, Kickstarter was accused of interfering with the pro-life film “Stolen Moments” by activist Jason Vaughn. Kickstarter approved a pro-abortion documentary by Martha Shane and Lana Wilson called “After Tiller,” which goes inside the lives of the last four late-term abortion doctors in America.

Kickstarter’s updated rules and regulations include a “Launch Now” feature, granting creators the option to “launch your project whenever you’re ready, or get feedback from one of our Community Managers first.” McAleer said he’s “glad that they got the message that people won’t stand for censorship.”

While Kickstarter told The Daily Signal the changes “were in discussion many months prior” to the Gosnell project, McAleer argued, “this is a direct response to the Gosnell controversy and I wish they had acknowledged that in their public statements. I wish they said, ‘We messed up and we had a look at our procedures.’”

As for whether or not he’ll tap Kickstarter for future campaigns, McAleer said, “I won’t be using Kickstarter again because of their instinctive urge to censor and their unwillingness to admit mistakes. That’s not the kind of company I want to work with.”