Medical Study: Don’t Trust All the Health Articles on Wikipedia 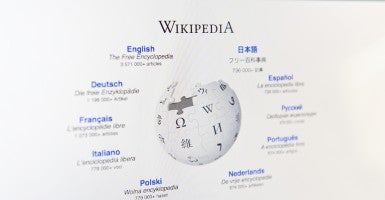 Half the nation’s doctors admit to using Wikipedia as a medical reference at least some of the time. But the scary part, according to another recently released study in The Journal of the American Osteopathic Association, is that Wikipedia may not be the most reliable source for such information.

They found nine in 10 articles reviewed had some discordance between Wikipedia articles and the corresponding peer-reviewed sources. “Caution should be used when using Wikipedia to answer questions regarding patient care,” the study said.

The free online encyclopedia—the world’s sixth most-visited website—has been criticized in the past for having inaccurate and biased information as almost anyone with an Internet access can write and make changes to Wikipedia articles.

But Eric Harris, spokesman for the nonprofit Wikimedia Foundation, which operates Wikipedia, cited “serious issues” with the paper, including the study’s failure to provide specific examples of claimed errors in Wikipedia articles. “Our message for everyone is that no matter how accurate Wikipedia’s medical pages are, you should always consult your doctor for any specific health issues that you may have, as we advise in our Terms of Use,” he said.

Still, the study’s authors warned physicians and medical students about using Wikipedia as a medical reference after a report released in January by IMS Institute for Healthcare Informatics found nearly half the nation’s doctors who search online for medical information use Wikipedia, especially on specific conditions, Medscape Medical News reported.