Planned Parenthood’s Overdue Annual Report Is Finally Out. Here’s What You Should Know. 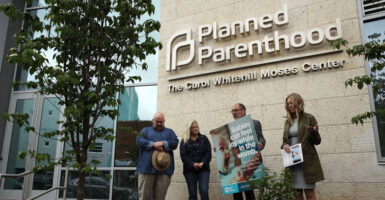 Planned Parenthood’s 2020-2021 annual report is so late that some observers wondered whether it would release one at all. But after roughly nine months, the wait is over.

The medical and financial data reveal the abortion giant’s priorities. Spoiler alert: The number of abortions performed in one year is at an all-time high. Meanwhile, annual taxpayer funding (mainly through Medicaid reimbursements) continues to rise. It’s now north of $633 million.

The long-term declines in Planned Parenthood’s actual health services, such as Pap tests, is striking. The Charlotte Lozier Institute, a pro-life research and education organization, notes that since 2010, “total cancer screening and prevention services have dropped by 74%,” “prenatal services are down 72%,” and “contraceptive services are down 41%.”

The Lozier Institute also points out that there also has been a whopping 28% decline in the unique number of patients seen since 2010.

This report not only provides a snapshot of the abortion behemoth’s current priorities and bottom line, it also provides a preview of what we can expect in the future.

The number of abortions continue to rise, in no small part due to Planned Parenthood going all-in promoting dangerous, do-it-yourself chemical abortion pills. (Among other problems, these pills have a complication rate four times that of a first-trimester surgical abortion.)

The medical data in the latest annual report includes about the first six months of the COVID-19 pandemic. The abortion industry used the pandemic as an excuse to push the Biden administration to abandon long-standing Food and Drug Administration safety protocols on these dangerous pills. As a result, in December 2021, the Biden FDA sanctioned telemedicine abortion and abortion pills by mail.

We don’t know what this policy change meant for Planned Parenthood’s abortion numbers, since this most recent annual report ends in June 2021. But pro-life Americans have cause for concern. There has already been a rise in recent years, and the FDA change in safety protocols means it’s now faster and cheaper to send women these dangerous pills.

The Supreme Court corrected a grave constitutional error when it overturned its 1973 Roe v. Wade decision in the case of Dobbs v. Jackson Women’s Health Organization in late June.

As a result, states across the country can finally protect unborn children, women, and girls from the abortion industry. Abortion clinics in these states are shutting down or moving to nearby abortion-friendly states. That’s a momentous victory for the pro-life movement.

It will be several years before a Planned Parenthood annual report captures this changing landscape. In the meantime, we can look to state health departments and Centers for Disease Control and Prevention reports for overall trends.

Don’t expect the number of abortions to be cut in half, though.

Pro-abortion states, such as California, have committed to spending their tax dollars to pay for abortions for women traveling from other states. Abortion pill distributors are eagerly using telemedicine abortion and pill-by-mail distribution to circumvent laws in pro-life states. Bad international actors illegally ship abortion pills to women across the country, just as they did before Roe’s reversal.

So, there’s still much for state and federal policymakers to do to protect women from the interstate flow of dangerous abortion pills.

What Will Future Hold?

The Dobbs decision was a victory a half-century in the making. Thanks to pro-life policies springing into effect over the summer, innocent hearts are beating today that wouldn’t have been otherwise.

But Planned Parenthood and its allies (including the Biden administration and many in Congress) are pulling out all the stops to promote abortion on demand.

We don’t yet know what will happen with abortion numbers in a post-Roe America. But we do know that if Planned Parenthood has its way, abortions and taxpayer funding will keep rising, even as its other key health services keep declining. After all, we can’t expect an insatiable leopard to change its spots.