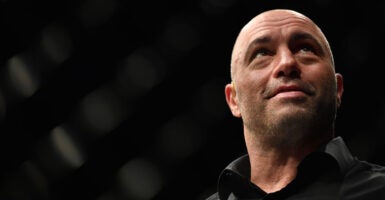 A group of 270 doctors wrote an open letter to audio streaming service Spotify asking the tech company to implement a COVID-19 misinformation policy following an episode of Joe Rogan’s podcast.

The letter cites an episode of “The Joe Rogan Experience” in which Rogan interviewed prominent virologist Dr. Robert Malone who cast doubt on the efficacy and safety of COVID-19 mRNA vaccines.

In particular, the authors took umbrage with comments Malone made about “mass formation psychosis” and Malone’s claims that political leaders have “hypnotized” the public into supporting particular public health measures.

“These actions are not only objectionable and offensive, but also medically and culturally dangerous,” the letter said.

“Having things like this on the Joe Rogan podcast gives a platform to these people and makes it a false balance. This is what really bothers me,” Dr. Katrine Wallace, an epidemiologist at the University of Illinois Chicago School of Public Health who signed onto the letter, told Rolling Stone.

The letter said that Spotify is “responsible” for the audio content for which it provides a platform, and it called on the company to institute a COVID-19 misinformation policy.

“By allowing the propagation of false and societally harmful assertions, Spotify is enabling its hosted media to damage public trust in scientific research and sow doubt in the credibility of data-driven guidance offered by medical professionals,” the letter said.

Spotify did not immediately respond to the Daily Caller News Foundation’s request for comment.