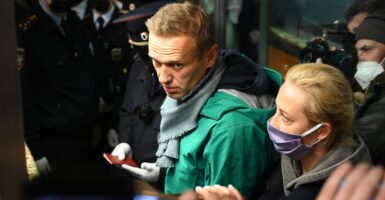 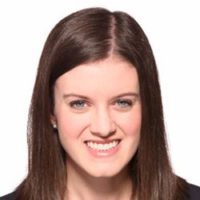 Over the past few weeks, Russian dissident Alexei Navalny’s health has been deteriorating.

Navalny’s condition began with back pain and numbness in his legs, but it has worsened to include a severe cough, fever, two herniated discs, and diminishing feeling in both hands.

Navalny is currently incarcerated at the Pokrov penal colony, about 60 miles from Moscow. In Russia, penal colonies are not so much intended to correct wrong behavior, but more so instead to scare, intimidate, and cause psychological breakdowns.

As such, prison officials at Pokrov have stormed into his room every hour during the night and filmed him to report his presence. He isn’t getting adequate sleep as a result.

When Navalny became increasingly ill last week, prison officials moved him to the penitentiary infirmary, but on Monday, they returned him to the general population of the penal colony.

He was not receiving sufficient medical care in the infirmary, despite officials’ claim that he was.

On April 6, Navalny’s personal physician, Anastasia Vasilyeva, revealed that the coarse medical treatment he is receiving in prison “poses a lethal risk to his health.” She was arrested for saying that, and other doctors were also arrested for seeking to treat Navalny.

One of Navalny’s lawyers, Olga Mikhailova, claims that there are no doctors at the Pokrov penal colony. She says she fears that Navalny’s condition will decline further if he isn’t transferred “to receive specialty care soon.”

However, the Kremlin asserts that it won’t grant Navalny any special treatment.

On March 31, Navalny began a hunger strike to protest the prison authorities’ refusal to grant him proper care. The hunger strike has likely exacerbated his already distressed condition.

He has already lost 33 pounds, and prison guards are torturing him in the process, reportedly frying chicken near him and more recently trying to force-feed him.

In early March, the U.S. placed sanctions on Russia for Navalny’s poisoning and imprisonment. The Biden administration is also considering sanctioning Russia for the SolarWinds hack, bounties offered to the Taliban for killing U.S. troops in Afghanistan, and its election interference.

The Biden administration is purportedly waiting for the right time to roll out those sanctions on Russia. But it would be better to introduce them sooner rather than later, because the U.S. needs to hold Russia accountable for its wrongdoings. Russia should not be left unpunished.

Navalny’s situation is reminiscent of the case of Sergei Magnitsky in 2008-2009. Magnitsky, a tax auditor in Moscow, was incarcerated after reporting fraud by Russian tax officials. While in prison, he developed pancreatitis and gallstones, but Russian authorities denied him access to medical care.

He died after 11 months in prison, due to toxic shock and heart failure caused by his pancreatitis, as well as from being beaten with a rubber truncheon by prison guards.

If Navalny is not granted access to proper medical care soon, he could suffer the same sort of fate.

In 2012, the United States passed a law in Magnitsky’s name, commonly known as the Magnitsky Act. In its original form, the law “imposed sanctions on a list of Russian officials believed to be responsible for serious human rights violations.”

Since 2012, the U.S. has introduced other Magnitsky sanctions for various human rights abuses.

The United States should strongly consider introducing Magnitsky sanctions for the human rights abuses being committed against Navalny, and should also consider imposing sanctions on specific Russian businesspeople who supervise the funds of Russian President Vladimir Putin and his allies.

Navalny himself produced a list of those Russian businesspeople who could specifically be sanctioned.

Those sanctions might not be very impactful from a practical sense, but would signal that the U.S. does not stand for the human rights abuses the Russian authorities are allowing or directly committing against Navalny.

The United States believes in protecting human rights, and the Biden administration has even stated human rights as one of its priorities. The Russian state’s actions against Navalny are an enormous abuse of human rights, so the U.S. must stand up in his defense.

Otherwise, Navalny could suffer the same type of injustice as Magnitsky, and that would be a tragedy for the entire world.