Celebrating the Life of Steve Pejovich, Fighter for Freedom 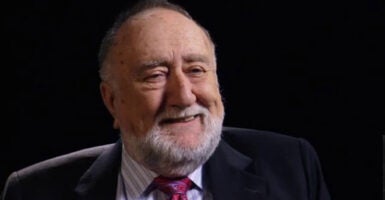 Steve Pejovich, who experienced the tyranny of both Nazism and communism in the former Yugoslavia, became a champion for individual liberty, property rights, and the rule of law. He died Feb. 12 at age 89. (Family photo) 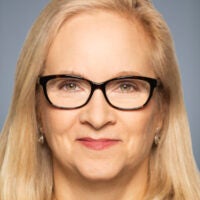 Every now and then, my sense of loss over the passing of someone I know is offset by the knowledge that they lived a stellar life.

One such friend was Steve Pejovich, who passed away on Feb. 12, at the age of 89. A memorial Mass will be held for him Saturday, two days before what would have been his 90th birthday, in Dallas.

What’s my idea of a stellar life? Pejovich was joyous, filled with love for his family and friends, provided a constant flow of encouragement and support to others, and did so much to support the cause of liberty and the American idea. That’s a life well-lived.

I first met Pejovich in 2003. The Soviet Union had collapsed a decade earlier. I had spent several years traveling through Central and Eastern Europe documenting what it was like to recover from communism.

By the time I met Pejovich, I had been living in Hungary for six years. As a child of the 1970s, I started that adventure with no great love for my own country, the United States. Indeed, I was one of those young Americans who had learned nothing of real importance in school and who took for granted everything that made my life safe and comfortable.

But traveling through the countries that had been ravaged by communism, and then living there with my own family, I started to awaken to the exceptional nature of the United States.

I learned firsthand how communism not only impoverishes a nation, but hollows out the souls of its people. But that was just the beginning of my education.

I could see how communism thoroughly corrupted some, while others it beat into submission, but I could not have explained why. That is when I met Pejovich.

His upbringing could not have been more different from my own. He was born in 1931 to an old, prominent Montenegrin family, which gave him a strong sense of family, respect for education, and a love for freedom.

Without those, I’m not sure he would have survived the hardships that followed.

As an adolescent, he lived through the German occupation of Yugoslavia, where reprisal for resistance was exacted at the rate of 100 Serbs killed for every German soldier. Food was rationed at a quarter of a pound of bread per day, and 4 ounces of meat per week. Clothes were so scarce they had to be cobbled together from old clothes, and the shoes he wore had been made by his own mother.

With the defeat of Germany and the communist takeover of Yugoslavia in 1945, Pejovich witnessed new levels of cruelty and corruption. Oppression, lawlessness, and the absence of individual liberties became the norm for the next four decades.

He later described this as “rule by law”—the random application of the law for political power, which could not have been more different from the American system of the rule of law.

The secret police could grab anyone, anywhere, and throw them in prison, torture them, or kill them. To be a businessman, a politician, or a civil leader was enough to be declared an enemy of the state.

People disappeared without trace or explanation. Criticizing Marshal Josip Broz Tito, Yugoslavia’s communist leader, was all it took for one of Pejovich’s high school friends to be thrown into prison for two years.

In another case, one of his relatives was sentenced to three years of hard labor for failing to report a joke he overheard about the minister of the secret police.

When I met Pejovich, our discussion was focused on private property. I argued that it was an abstract principle with little application for everyday lives, but he taught me otherwise. He knew just how personal and relevant property rights were—and how foundational they are for freedom.

He had seen in Tito’s Yugoslavia how Communist Party officials could simply claim a house for their own—regardless of who owned it.

Indeed, Pejovich’s family lost their apartment for that reason, and for four years, seven family members lived in a two-room apartment.

His university professors, in the thrall of Marxism, taught that private property rights were the cause of social inequalities, unemployment, child labor, and poverty. One of his professors used to say that private property rights transformed mankind into a horde of revenue-seeking beasts. (It should come as no surprise that this professor was invited to teach at a number of U.S. universities.)

But Pejovich then took a course in Roman law. As he described it:

It is hard to describe the immediate effect of Roman law on my state of mind. Suddenly, the professor was telling me that the Roman Empire had prospered thanks to private property rights.

Entering [that professor’s] classroom felt like shedding the communist garbage from my life … . It was the only place in Belgrade where one could hear a lecture on private property rights—a topic that, outside the building, would be lethal.

So began Pejovich’s career as a fighter for freedom.

He was able to leave Yugoslavia for the United States in June 1957. In his autobiography, he wrote:

I made a promise there and then to pay Tito back for what he did to our country, to my family, and to myself. I think I fulfilled that promise, not by way of political attacks or ideological rants, but in the most effective and lasting way, through teaching, researching, and writing about individual liberty and classical liberalism.

Pejovich went on to have a very successful career as a professor of economics. He had been neither cowed nor corrupted by communism, when there was every incentive to be so. Rather, he drew from the hardships of his youth to build a life strengthening the principles of private property, the rule of law, and individual liberty as a bulwark against any future communist regime.

His impact and influence touched many people in the conservative movement. He was foundational in my own education, both in the knowledge he imparted and in his ongoing encouragement.

As Edwin Feulner, who founded The Heritage Foundation, wrote to Pejovich just a couple of months before the latter’s passing:

What a hero you have been to all of us, as you have taught us so much about the free society, the rule of law and individual liberty and what it truly means to each of us.