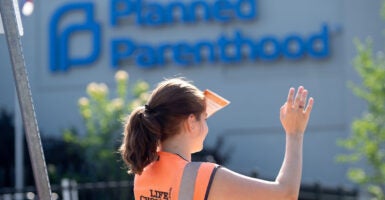 Like previous years, both the total number of abortions as well as taxpayer funding increased. Meanwhile, the amount of private funding and active individual contributors decreased—the latter dramatically so.

The organization’s super PAC spent $45 million during the 2020 elections. Now, Planned Parenthood and the abortion lobby are aggressively working to influence Congress and the Biden administration’s agenda.

Planned Parenthood’s focus on federal policy is not surprising given the significant investment it routinely makes during election cycles. And while those efforts make headlines, the data and information in annual reports deserve scrutiny and analysis as well.

The medical and financial data provides a revealing display of the organization’s priorities.

The Charlotte Lozier Institute notes that over the last decade, Planned Parenthood performed roughly 129 abortions for every adoption referral.

Planned Parenthood’s annual report also highlights its work in other areas, such as standing with the “Defund the Police” movement and efforts to oppose other Trump administration priorities, such as judicial nominations and policies related to immigration law.

As of February 2021, the Planned Parenthood website lists clinics in 33 states as well as the District of Columbia as places people may seek cross-sex hormones to “affirm gender identity.” As previously reported at The Daily Signal, Planned Parenthood is one of the nationwide leaders in providing such services.

Abigail Shrier, author of “Irreversible Damage: The Transgender Craze Seducing Our Daughters,” recently wrote about Planned Parenthood’s increasing footprint in the transgender space based on a firsthand account of a former “reproductive health assistant.”

The former clinic worker said that “trans identifying kids are cash cows, and they are kept on the hook for the foreseeable future in terms of follow-up appointments, bloodwork, meetings, etc., whereas abortions are (hopefully) a one-and-done situation.”

According to the Planned Parenthood employee’s testimony, in affirmative care clinics like this one, for teens seeking fast medical transition—the medicine cabinet is fully stocked, the customer is always right, and the light is always green.