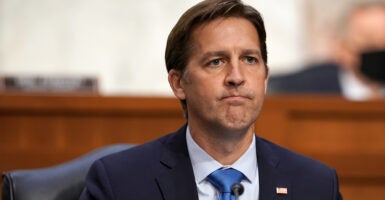 “Today, they’re doing a complete 180 by changing their policies,” Sasse added. “These new changes underscore the need for a full [Justice Department] investigation.”

The popular pornography website has been listed as the 10th-most-visited website in the world, with 3.5 billion visits a month and profits from almost 3 billion ad impressions every day, according to Kristof.

“The Department of Justice needs to open an investigation into the scumbags who run Mindgeek,” Sasse told The Daily Caller News Foundation Friday following the report’s release. “Sexual exploitation and human trafficking are abhorrent, period. A decent society should be working to end this.”

The DOJ has not responded to requests for comment from The Daily Caller News Foundation.