The Lesson Behind Falwell’s Fall 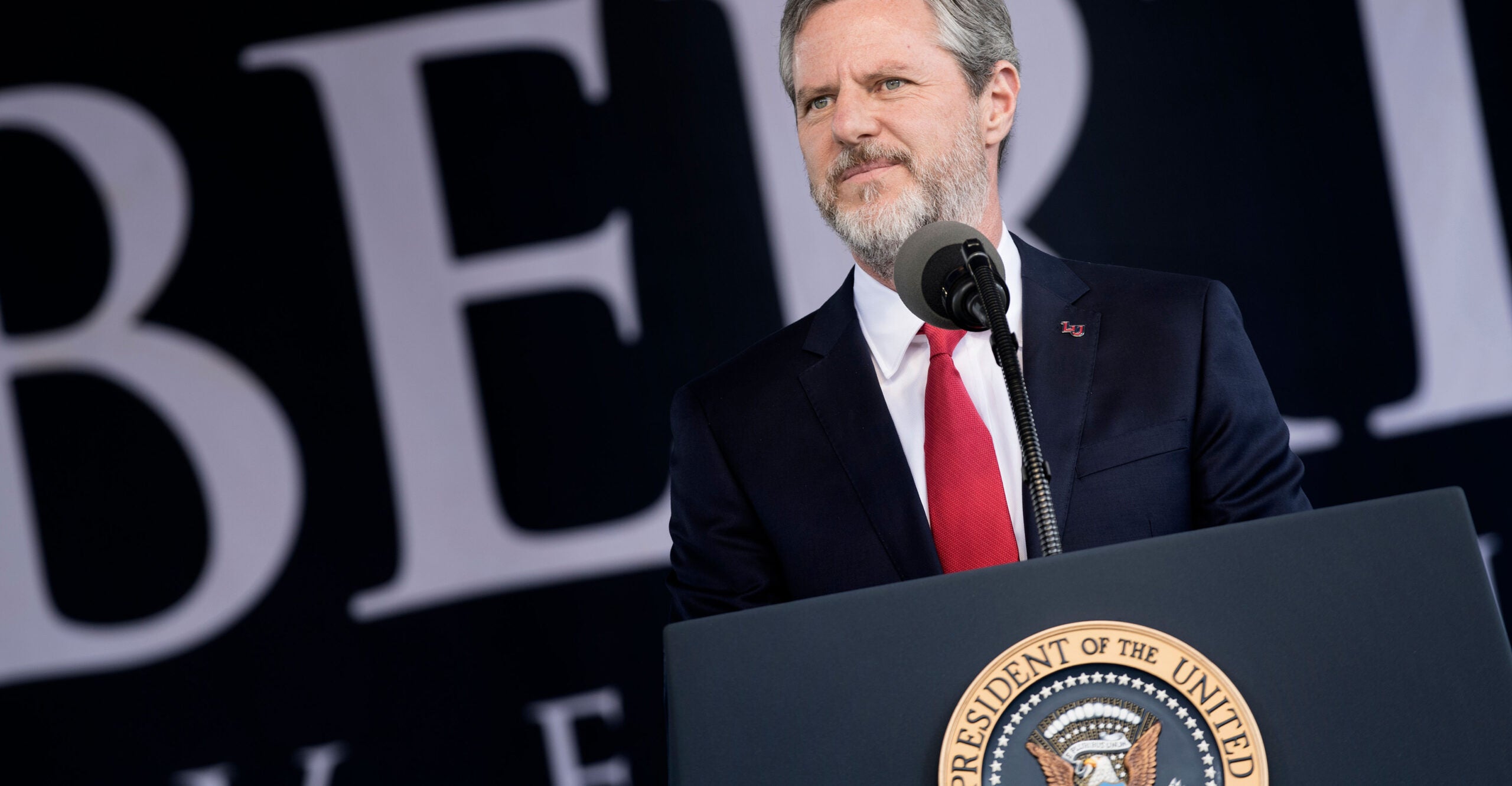 Jerry Falwell Jr., seen here addressing Liberty University's commencement ceremony on May 13, 2017, in Lynchburg, Virginia, was recently ousted as the school's president amid allegations of sexual misconduct and other behavior that falls short of the university's code of conduct. (Photo: Brendan Smialowski/Agence France-Presse/Getty Images)

The ouster of Liberty University President Jerry Falwell Jr. over allegations of sexual misconduct and other behavior that falls short of the university’s code of conduct—not to mention Scripture—is another in a long list of object lessons each generation of Christians seems to have to learn anew.

In our 1999 book, “Blinded by Might: Why the Religious Right Can’t Save America,” Edward Dobson and I—he a former dean of students at Liberty and me for a brief time vice president of the Moral Majority—warned about the dangers we had observed when Christian leaders get too close to politicians who often use people of faith to hide or excuse an earthly agenda and cloak their own moral shortcomings.

This is not unique to the current president or to contemporary evangelical Christians. Yes, many conservative Christians are good-hearted people who fear the cultural decline is harming the nation they love and is a threat to how they practice their faith.

The problem is too many go about seeking change through the very political and government structures they have previously criticized as unable to achieve noble ends.

Political power is a seduction more subtle than sex, though the two often seem to be linked.

It was King David of Israel who wrote nearly three millennia ago a profound warning against putting too much faith in political leaders: “Do not put your trust in princes, in human beings, who cannot save. When their spirit departs, they return to the ground; on that very day their plans come to nothing. Blessed are those whose help is in the God of Jacob, whose hope is in the Lord their God.” (Psalm 146: 3-7)

Why must this lesson constantly be relearned?

Attempts to improve humanity have been tried in various forms, including Prohibition, “moral rearmament,” the aforementioned Moral Majority (which one critic said was neither moral, nor a majority), the Christian Coalition, even the United Nations, to little avail.

Much of it is about fundraising and projecting an image of power and influence. Ignored is the inevitable decline of nations that forget history and abandon unchanging standards of virtue.

Liberty University is faced with an opportunity. It needs to bring in someone who has not only impeccable academic credentials, but also consistently practices his or her faith; someone who eschews keeping company with high and mighty politicians, preferring the company of the meek and lowly; and someone who seeks approval from God more than the approval of political leaders.

Liberty University has hired an outside firm to investigate all aspects of Falwell’s tenure as president. It’s a good start. The school also should dismiss the board that acted like a rubber stamp for Falwell, ignoring his behavior over many years. It should also stop inviting politicians to speak at commencement and convocation.

These are among the steps that will restore credibility to a very good university with a potentially bright future.

The evangelist Billy Graham came to understand the danger of too close an association with politicians. After he heard the Nixon tapes and Nixon’s foul language, including his denigration of Jews, Graham said Nixon never talked like that before him. Of course he didn’t. He wanted and needed the cloak of Graham’s integrity.

In an interview for our book, Jerry Falwell Sr. said: “I may be a pessimist because of my experience, but I don’t believe for one moment that any of [the politicians] will do what they say.”

He might have made an exception for President Donald Trump, but that still leaves the question of a Christian’s primary role, responsibility, and accountability to a power higher than what comes from Washington. That is false power and a distraction from the source of real power that can transform lives.

The university’s motto has been “Where the Spirit of the Lord is, there is Liberty.” (2 Corinthians 3:17 NASB). It’s time to invite that Spirit to return.