Liberals Try to Use COVID-19 Crisis to Halt Judicial Confirmations 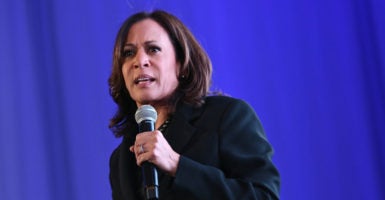 The Senate got back to business Monday and, while the coronavirus is still the 800-pound gorilla, senators will also attend to other aspects of the nation’s business.

That includes the federal judiciary.

Vacancies on life-tenured federal courts around the country are on the rise again, reversing a yearlong downward trend.

The 77 current vacancies equal the total in May 2012, the comparable point in the Obama administration. Sixty percent of the current vacancies, however, are designated “emergencies,” because they have been open so long and push up judicial caseloads. This is much higher than the level under President Barack Obama.

Some judicial districts are in more trouble than others. In the Eastern District of California, Chief Judge Dale Drozd has issued an emergency order imposing temporary procedures for handling that court’s burgeoning caseload.

Last October, Chief Judge Virginia Phillips for the Central District of California, wrote the White House and the Senate Judiciary Committee about the “crisis of unprecedented magnitude” on her court. The six vacancies then, however, have since become 10 today, half of them more than 3 years old.

President Donald Trump has made nominations to eight of the 10 vacant positions.

All it would take to ease the crisis is some Democratic cooperation.

That’s right, they urged him to stop the confirmation process. That letter, signed by all Judiciary Committee Democrats, says that the committee should focus only on matters related to the COVID-19 crisis.

Who could possibly have seen that coming?

But a crisis has not stopped Democrats before.

In fact, in September 2001, two days after the worst terrorist attack in American history, before Congress had taken any steps to respond, Sen. Patrick Leahy, D-Vt., at the time the Judiciary Committee chairman, held a confirmation hearing for judicial nominations. He would hold six more in the next several months.

The fact that a Republican was in the White House at the time just shows that the confirmation obstruction of the past few years has really been Democrats’ way of fighting the current president.

Democrats are OK with hearings in general. They just want hearings on topics that they can claim are (at least nominally) connected to COVID-19 and that may help them politically, such as hate crimes or responses to increased gun sales.

“Now is not the time,” Democrats write, “to process routine judicial nominations.” If the pending nominations are really “routine,” the Senate should be able to examine and confirm them quickly. That was, for a very long time, the regular order of the confirmation process.

Especially since Trump took office, however, Democrats have turned that historical practice on its head. The exception has become the rule, and the routine no longer exists.

Ten nominations to the U.S. District Court are waiting for Senate confirmation votes, and 26 more are in the Judiciary Committee, ready for either hearings or committee votes.

Congress has had no problem responding to the COVID-19 crisis, even without any committee involvement at all.

The Judiciary Committee has work to do and should get on with it.