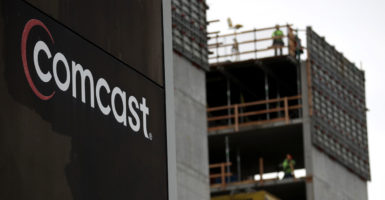 In a decision applying the 1866 Civil Rights Act as written and intended by Congress, the Supreme Court on Monday unanimously overturned the 9th U.S. Circuit Court of Appeals (no surprise there) and held that entrepreneur Byron Allen had not established a case against Comcast Corp. for failing to carry his television channels.

Allen, a former comedian, owns Entertainment Studios Network, which carries such scintillating (I am being facetious) channels as Pets.TV, Recipe.TV, MyDestination.TV, and Cars.TV.

Allen wanted Comcast to carry his channels on its cable network, but Comcast refused. It cited a lack of demand for ESN’s programming, bandwidth constraints, and its preference for news and sports programming that ESN doesn’t offer.

When Allen couldn’t get the contract he wanted, ESN, along with the National Association of African American-Owned Media, sued Comcast for $20 billion in lost revenue.

Allen, who is black, claimed that Comcast had refused to contract with him for racial reasons because the cable company supposedly disfavored “100% African American-owned media companies,” even though ESN didn’t dispute that Comcast “had offered legitimate business reasons for refusing to carry its channels,” according to the court.

This, ESN alleged, violated the Civil Rights Act of 1866, codified at 42 U.S.C. § 1981, which guarantees all persons “the same right … to make and enforce contracts … as is enjoyed by white citizens.”

A federal district court dismissed the lawsuit for failing to show that, were it not for racial animus, Comcast would have contracted with ESN. But the dismissal only occurred after the trial court gave Allen two additional opportunities to produce facts supporting ESN’s claims of racial discrimination.

In a unanimous opinion written by Justice Neil Gorsuch in Comcast Corp. v. National Association of African American-Owned Media, the justices disagreed with the 9th Circuit. They held that the 1866 Civil Rights Act—§1981—did not create an exception to the general rule that tort plaintiffs bear the burden of proving “but-for-causation” for their injury, and that burden applies throughout the life of the lawsuit.

In other words, a plaintiff such as Allen has to show that the proximate reason ESN did not get a contract with Comcast was directly because of his race. Put another way, Allen had to prove that if he had not been black, he would have gotten a network contract.

That is the “ancient and simple” common-law rule that applies to all tort claims, Gorsuch wrote. The same rule also applies to all federal anti-discrimination statutes unless Congress creates an explicit exception.

Congress did not do so when it enacted §1981, which was passed “in the aftermath of the Civil War to vindicate the rights of former slaves,” as demonstrated not only by “the statute’s text,” but also by “its history.”

ESN urged the court essentially to amend the statute by applying the “motivating factor” causation test of Title VII of the Civil Rights Act of 1964 to §1981. But the court refused “to import” that provision into the 1866 Civil Rights Act.

That’s something Congress can do through the democratic process, not the courts. As Gorsuch said, “We have two statutes with two distinct histories, and not a shred of evidence that Congress meant them to incorporate the same causation standard.”

In fact, the Lawyers’ Committee for Civil Rights Under Law, a liberal group, criticized the decision, claiming that it “weakens our nation’s oldest civil rights statute.”

In applying the actual language of the statute, the justices didn’t “weaken” the law. They just didn’t rewrite it the way the Lawyer’s Committee and other so-called civil rights groups wanted them to.

The only disagreement among the nine justices was from Justice Ruth Bader Ginsburg, who took exception to one minor point contained in a single footnote of Gorsuch’s opinion.

While Gorsuch stated that the issue was not properly before the court and should be reserved “for another day,” Ginsburg would have held that §1981’s ban on racial discrimination covers not only the final decision whether to enter a contract, but also the earlier stages of the contract formation process.

Although Comcast won a significant victory before the Supreme Court, this is probably not the end of the case, and a lot of lawyers are going to keep earning big bucks in this litigation unless ESN drops the suit.

That’s because the high court did not entirely dismiss ESN’s lawsuit. Instead, it held that the 9th Circuit applied the wrong standard for evaluating a discrimination claim under §1981.

Thus, it vacated the lower court decision and sent the case back down to the 9th Circuit to apply the correct standard to ESN’s claims.

So, we may be hearing more about this cable television dispute for years to come.