Remembering Gertrude Himmelfarb, a Voice of Moral Clarity in a Time of Moral Confusion 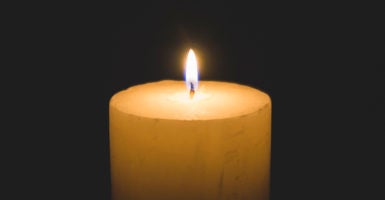 Gertrude Himmelfarb defended the institutions that lie at the core of the American experiment and a flourishing society. (Photo: Manuel Breva Colmeiro/Getty Images)

America has lost a voice that strongly and consistently provided the road map to steer us away from the political and cultural abyss we currently face. That voice belonged to historian Gertrude Himmelfarb, who died Dec. 30 at age 97.

Gertrude spoke passionately about how our most important institutions—families, communities, churches, and private enterprise—must be “remoralized,” as it is only through a strong civil society that we can have a strong nation.

In her words, people learn to function as “free, responsible, moral adults” in these institutions and apply that responsibility and morality as citizens of a nation.

But she also knew that restoring a strong civil society would require a deliberate effort to reestablish the values as enumerated in the Declaration of Independence: life, liberty, and the pursuit of happiness. Without respect for these core values, civil society cannot exist.

She was well aware that the dominant cultural forces of our day had come to disregard these values to our peril. She wrote, “It is evidently not enough to revitalize civil society; we have the far more difficult task of remoralizing it.”

While she spoke passionately, she also urged prudence. She warned that those who desire to purge overreaching government, in their zeal, could end up belittling and delegitimizing the state. She called for her fellow Americans to not be mere dissenting critics, but instead to be active participants in reforming government and society as a whole.

She wrote: “Today, more than ever, when there are so many legitimate grievances against government, we cannot afford to delegitimize proper government. Nor can we afford the luxury of being apolitical, of depriving ourselves of the proper resources of government.”

She added that civil society required those proper resources in order to “preserve its independence, strengthen its constituent parts, and thus re-moralize itself.”

In the recent book that I co-wrote with Craig Osten, “American Restoration: How Faith, Family, and Personal Sacrifice Can Heal Our Nation,” we echo her sentiments. If our society and government are to be pulled back from the abyss, we must start first with a personal “remoralization” of our own.

This remoralization means not being passive critics, but instead living lives that are above reproach, loving our neighbors despite our differences, and investing, rather than just participating, in our schools, churches, and communities.

It also means that we must value life, religious liberty, and individual freedom. And it means living in the present instead of in the past.

Rather than pining for days gone by when these institutions were strong and our values were certain, we must engage with the present world around us.

This leads to the concept of “little platoons,” an idea first proclaimed by Edmund Burke. These remoralized social institutions—vibrant churches, fraternal groups, community associations, and most importantly, strong marriages and families—coupled with a politically engaged and knowledgeable populace, will result in a healthy and thriving society.

Perhaps David Brooks put it best in his tribute to Gertrude in The Atlantic. He wrote:

Himmelfarb was a great historian and reported fairly on all sides, but it was always clear what side she was on. … She came to admire the optimistic British enlightenment, especially Adam Smith and Edmund Burke. We are endowed with a moral sense. We want not only to be loved, but to be lovely. We may have differences along race, class, and gender lines, but deep down we are much alike, longing to lead a life that transcends the individual self.

Gertrude Himmelfarb lived such a life, and she encouraged millions of others to do so as well. Her voice will continue to remain strong, despite her physical presence no longer remaining on earth.

She will continue to inspire all of us who seek to make a difference in our communities, love our families and our neighbors, and seek the common good for all. As Brooks wrote, “She was a physician for the national soul.”

Let us all hope and pray that we continue to heed her sage counsel as the cure for our nation’s ills.