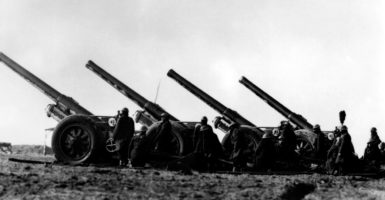 The respected British historian has been described as “Britain’s foremost expert on conflict,” and his honors include knighthood and receipt of the Military Cross for his service during World War II.

Howard spearheaded the field of war studies, which freshly analyzed conflict through a multidimensional lens. Writing as international world order metamorphosed between World War II and the Cold War, he pulled from legal, scientific, theological, economic, and sociological studies to understand the underpinnings of war beyond pure military hard power.

To ensure that future generations were equipped to study war and international affairs, he founded the Sir Michael Howard Center for the Study of War at King’s College London and co-founded the International Institute for Strategic Studies, a British think tank.

Howard’s commitment to high-quality, accessible scholarship was readily palpable through his many original works such as “The Franco-Prussian War 1870-71” and through his translation of military strategist Carl von Clausewitz’s famed book “On War.”

Internationally, Howard received the NATO Atlantic award and the Paul Nitze award from the U.S. Center for Naval Analyses for his global contributions to social science. He served as a Chichele Professor of the History of War and Regius Professor of Modern History at Oxford. In the U.S., he continued to teach and write as a Robert A. Lovett Professor of Military and Naval History at Yale University.

As a historian, the prolific author described his calling in the following way: “To communicate findings in an intelligible fashion because it is important for a society to understand its past.”

Undoubtedly, Howard’s writings and the academic programs and institutions he founded will carry his legacy and inform historical studies well into the future.