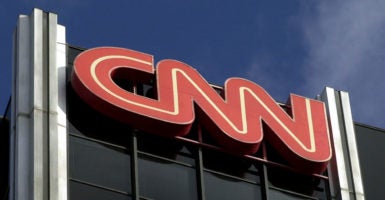 Mohammed Elshamy, a photo editor for CNN, was hired by the news outlet in 2019, according to an announcement on his Twitter. Elshamy was found to have anti-Semitic, anti-Israel, and anti-police tweets from 2011 on his official Twitter account. The tweets included messages that called for people to be murdered and others referring to Jewish people as “pigs.”

CNN accepted the resignation of the photo editor who joined the news outlet earlier this year, according to a statement given to The Daily Caller News Foundation by Matt Dornic, vice president of communications and digital partnerships, Thursday evening.

“The network has accepted the resignation of a photo editor, who joined CNN earlier this year, after anti-Semitic statements he’d made in 2011 came to light,” the statement read. “CNN is committed to maintaining a workplace in which every employee feels safe, secure and free from discrimination regardless of race, gender, sexual orientation or religion.”

Elshamy had tweets that referred to both Jewish people and police as “pigs” as well as comments that were anti-Israel.

One tweet read that Elshamy was proud of the “army generation that liberated us from the zionist pigs” in 1973. This tweet refers to The Yom Kippur War, when Egypt and Syria attacked Israel on the holiest day in the Jewish calendar.

Another tweet stated that Elshamy was “happy” after he allegedly threw rocks and tear gas at “interior ministry pigs.”

Elshamy referred to Jews as “pigs” in a tweet that likely referred to a March 23, 2011, bombing on a Jerusalem bus. The attack killed two people, not four, the Washington Examiner reported.

The former CNN photo editor worked at the headquarters in Atlanta, Georgia, according to his LinkedIn. Elshamy received the Chris Hondros Fund Award, which was named after a journalist killed in 2011 while working in Libya.