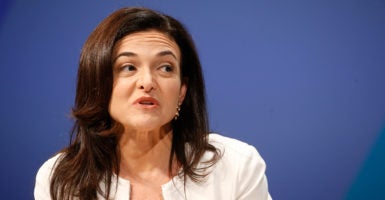 Facebook Chief Operating Officer Sheryl Sandberg is donating $1 million to the political arm of Planned Parenthood as the company wrestles with claims of a conservative bias.

“I think this is a very urgent moment where the rights and the choices and the basic health of the most vulnerable women—the women who have been marginalized, often women of color—are at stake,” Sandberg told HuffPost on Friday. “And so all of us have to do our part to fight these draconian laws.”

She said her decision was motivated in part by recent laws restricting abortion in Alabama, Georgia, and Missouri. Celebrities are also protesting Georgia’s “heartbeat bill,” which outlaws abortion after a child’s heartbeat is detected.

“Planned Parenthood is going to fight back in the courts, in Congress, in the state houses, in the streets for women’s health and rights,” Sandberg said. “We all have to do everything we can to protect women.”

She previously donated $1 million to the organization in 2017 amid reports that Republicans were planning on defunding the group. The Facebook executive was also a major supporter of former Secretary of State Hillary Clinton’s presidential campaign in 2016.

Her decision comes after conservative critics dinged Facebook for refusing to accept any foreign ads related to Ireland’s Repeal the 8th campaign in 2018, which sought to outlaw and penalize those who attempt or successfully abort an unborn child.