Mentally Disabled Woman Will No Longer Be Forced to Abort Her Child, After Court Reverses Ruling 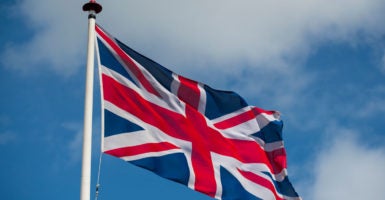 An appeals court in the United Kingdom has overturned a previous ruling from a British court that ordered that a pregnant developmentally disabled woman have an abortion contrary to her own wishes and her mother’s. (Photo: Matthew Horwood/ Getty Images)

An appeals court in the United Kingdom has overturned a previous ruling from a British court that ordered that a pregnant developmentally disabled woman have an abortion contrary to her own wishes and and her mother’s.

Justice Nathalie Lieven of England’s Court of Protection ruled that the woman must have a an abortion Friday. Lieven called the situation “heartbreaking,” and said, according to The New York Times, “I am acutely conscious of the fact that for the State to order a woman to have a termination where it appears that she doesn’t want it is an immense intrusion.”

That ruling was overturned on Monday by an appeals court, according to reports. The Wall Street Journal reported that “The three judges on the Court of Appeal didn’t explain why they ruled against proceeding with the abortion and said they would give their reasons at a later date.”

“This vulnerable mother and her viable unborn child never should have been in this situation to begin with,” Melanie Israel, a research associate at the DeVos Center for Religion and Civil Society at The Heritage Foundation, told The Daily Signal in an email.

“Adding the violence of abortion to an already painful situation is not the answer,” Israel added. “Officials must swiftly take action to identify how she became pregnant in the first place and ensure that women in similar circumstances are not at risk.”

The pregnant woman, who resides in London, is in her 20s and “has the mental capacity of a 6- to 9-year-old, according to evidence presented in court,” according to The New York Times.

Obianuju Ekeocha, a pro-life advocate and speaker born in southeast Nigeria, wrote in First Things that the developments in London point to a continuing degredation of the value placed on human life.

“We should be outraged that a government-affiliated health establishment is fighting to kill a fully developed baby against the wishes of the mother and grandmother, and also that Justice Nathalie Lieven—who has admitted that all evidence indicates the disabled woman wants to keep her baby—has ruled that the child should be aborted,” Ekeocha, founder of Culture of Life Africa, wrote.

“This case exposes how far the tyranny of the abortion regime extends. In a society that has decided the unborn have no rights, the worth and life of the unborn are determined by the most powerful,” she added.

Ekeocha also spoke of the shared heritage between her and the unnamed grandmother, writing, “I understand why this Nigerian grandmother would be against the killing of her grandchild. Catholic Nigerians are pro-life both because of our faith and because of our cultural heritage.”

Prior to the appeals court reversal, Sen. Marco Rubio, R-Fla., wrote a letter to Secretary of State Mike Pompeo and Kevin K. McAleenan, acting secretary of the U.S. Department of Homeland Security, asking the officials to help.

The suggestions offered by Rubio included that the U.S. provide the pregnant woman and her mother receive alternative medical care in the United States with the help of a temporary non-immigrant visa.

On Twitter, Ekeocha praised the appeals court ruling overturned the previous ruling that ordered the pregnant developmentally disabled woman have an abortion.