The Absurdity of Modern Monetary Theory 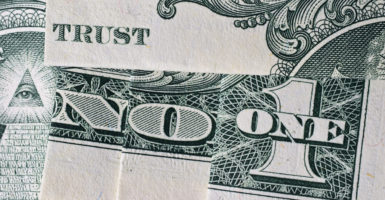 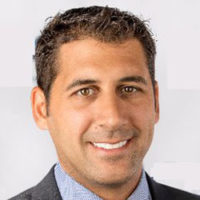 As the campaign in the 2020 presidential race heats up, so do the promises, with each new candidate vying for who can offer voters the most goodies.

But goodies don’t come cheap. Many of the promises being thrown around could prove quite expensive to implement. The implications for the economy should be obvious.

For proponents of modern monetary theory, the answer to all of the above is “yes.” This defiance of economic and political reality rivals the absurdity of the Flat Earth Society’s rejection of geographic reality.

The absolute value of every existing unit of currency declines, harming consumers and investors. Such government-induced inflation also siphons wealth from the holdings of savers to the federal government as the real worth of accumulated savings declines.

In ages past, kings and emperors required commercial transactions be conducted using coinage from the sovereign mint. In order to enrich the Crown without resorting to outright taxation, the mint would debase coinage by diluting gold and silver with cheaper metals, such as bronze and copper. Economic and political mayhem often followed.

Churning out paper and digital fiat currency is far easier than the metal debasement of yesteryear. The results become disastrous even more quickly.

Rudyard Kipling’s warning of false economics prophets stated it well: “[W]e were promised abundance for all, by robbing selected Peter to pay for collective Paul; but, though we had plenty of money, there was nothing our money could buy.”

As economist Henry Hazlitt explained, “[Inflation] unbalances, reduces, and misdirects production. It leads to unemployment and to malemployment.”

Regardless of the demonstrable harm, governments struggle to deny themselves the attainment of temporary political gain through manipulation of the money supply.

Here in the United States, our own central bank has pursued a nearly constant—albeit less grossly negligent— inflationary course over the past century. The most recent episodes of distortionary activity include multitrillion-dollar purchases of government debt and mortgage securities.

Although this prevented massive inflation, the monetary experimentation resulted in relatively less funds available to other sectors, likely contributing to the historically slow recovery following the Great Recession.

To their credit, modern monetary theorists acknowledge the inflation risk of newly created fiat currency funding government spending. But even if their proposals to issue government debt and hike taxes successfully staved off inflation, the bottom line remains: As government gobbles up more of the economy, less wealth is left in the hands of the populace.

There is no free lunch. We will pay either through the visible burden of direct taxation, the hidden tax of inflation, or higher borrowing costs (as the government competes with businesses for available capital).

Such realities might not make for a great stump speech, but facing them squarely now can save us a lot of headaches down the road.