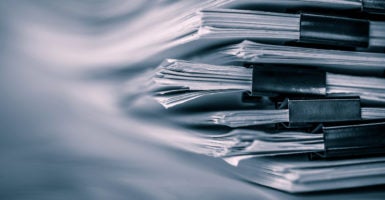 "The committee expects its annual caseload to quadruple, to over 1,000," writes Riley Walters. (Photo: pinkomelet/Getty Images)

The Committee on Foreign Investment in the U.S. is often compared to a black box. Investors may be aware of what it does, but few know what really goes on inside.

The nine members of the committee, drawn from various federal agencies, are in charge of reviewing foreign investments to determine whether or not they may pose a threat to U.S. national security.

Glimpses of the committee’s activities are largely limited to what’s reported in its annual publications and the occasional breaking news story—such as the recent report that the committee wants Beijing Kunlun Tech Co. Ltd. to sell its dating application, Grindr.

It can be difficult to keep up with the committee given limitations on the information that is shared publicly—especially given its obligation to protect investors’ proprietary information as well as information sensitive to U.S. national security. Still, the limited information that becomes available can help inform investors of potential hurdles and costs they may face when seeking the committee’s blessings.

Over the last few years, the number of cases that have come under review by the committee has increased. Between 2008 and 2016, investigations tripled to 79 cases from 23. And investigations have since tripled yet again: The committee conducted more than 230 investigations in 2018. The duration of reviews have lengthened as well.

The increase in both number and length of reviews has spread committee members’ resources thin. This increases the likelihood of delay in reviews and increasing costs for investors. Costs include legal fees, as well as the opportunity costs of delayed investment.

The slower pace of review—coupled with the uncertainty of getting a deal approved—has led more businesses to include a Committee on Foreign Investment in the U.S. clause in their acquisition contracts in case something were to go awry.

These are the concerns of investors. Yet, in Washington, lawmakers are concerned that the committee is not doing enough, that it should engage in reviewing more types of investments than it currently examines.

Last year, Congress passed legislation authorizing the committee to expand its reach. The Foreign Investment Risk Review Modernization Act now allows the Committee on Foreign Investment in the U.S. to review a wider range of investments that may be of concern to U.S. national security. This includes investments that may place Americans’ personal identifying information at risk (like Grindr) or create new cybersecurity vulnerabilities (like Cofense Inc.). The act also expanded the definition of what constitutes “foreign control.”

As a result of these legislative changes, the committee expects its annual caseload to quadruple, to over 1,000. If the committee lacks sufficient resources to deal with this significant increase in investment reviews, it could be costly for investors. It could also have a lagging effect on this administration’s wish to increase foreign investment in the U.S. Neither outcome would be good for U.S. economic growth.

So how can investors be confident that the committee will get the resources it needs?

While not a perfect measure, the annual budget request of each member’s agency is one possible indicator.

The Department of Justice is requesting $1.3 million more than its current $3.7 million.

Treasury is also requesting $20 million for a committee fund. Most of that money ($13 million) would go into building a new public-facing portal and a case management system that will help coordinate and ease the review process. Another $5 million from the fund would be available to help fill the funding gaps of other committee members.

Not including what it will cost the Department of Homeland Security and Office of Science and Technology Policy to become compliant with the Foreign Investment Risk Review Modernization Act, this comes to total of $39.3 million.

Treasury expects to offset some of its request with $10 million it projects to collect in committee filing fees—a new aspect of the committee installed by the Foreign Investment Risk Review Modernization Act and another potential cost investors should be wary of.

On a more positive note, the Foreign Investment Risk Review Modernization Act will allow the committee to expedite reviews of seemingly benign investments so that it can give more problematic investments a thorough review.

While we may never truly know whether the committee has the funds it needs, looking at these budget requests is a good place to start.