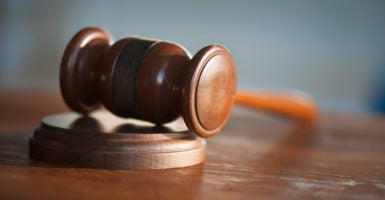 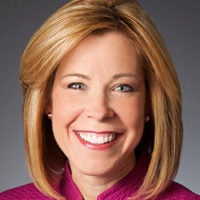 A federal appeals court thinks there’s no difference between a man’s bare chest and a woman’s naked chest—and, despite what some feminists are saying, that’s bad news for women.

Ignoring the real biological differences between men and women strips women of our rights to physical privacy. And even as more and more women are speaking out about their experiences of sexual harassment, the ruling of the U.S. Court of Appeals for the 10th Circuit—that’s likely to be appealed to the Supreme Court—tells them that those experiences are not legitimate.

As part of the #MeToo movement, women have shared wrenching personal stories of sexual harassment, ranging from unwelcome comments and touches to the extreme of rape.

Thousands of women have related stories of the trauma they experienced because of unwelcome looks, comments, and physical contact with their breasts. These women know, innately, that their breasts are intimate, sexual parts of their bodies, and when their breasts aren’t respected, women suffer serious emotional harm.

But on Feb. 15, the federal court upheld an injunction that prohibits the city of Fort Collins, Colorado, from enforcing a law that prohibits females 10 years old and older from going topless in public.

After Fort Collins passed the ordinance, members of a group called Free the Nipple–Fort Collins sued, arguing that the law violates the equal protection clause of the Constitution because it establishes different standards for men and women. In a 2-1 ruling, the 10th Circuit agreed.

The 10th Circuit’s ruling assumes that perceptions of and sexual responses to particular body parts are socially constructed, and when anti-nudity laws differentiate between men’s and women’s bodies, it is solely because of social stereotypes.

Under the 10th Circuit’s opinion, girls just emerging into womanhood can now walk around in Fort Collins topless. Allowing a 10-, 12-, or 14-year-old girl to walk to school topless tells her a lie about her own body. It tells her that her breasts are no different than a man’s—and, therefore, that she shouldn’t feel any more delicacy about exposing her breasts than a boy would. That puts her in grave danger both physically and emotionally.

Put bluntly, the court thinks that there is no essential difference between a man’s bare chest and a woman’s bare chest. If that’s true, a woman who feels more assaulted by an unwanted look, comment, or touch on her breasts than she would by a comment or touch on her hand or arm is responding to social conditioning, not to anything essentially intimate about her breasts.

It also means that women who experience trauma from harassment targeting their breasts are just buying into harmful, regressive stereotypes about their own bodies.

Any woman who has experienced being categorized by the shape and size of her chest knows this is nonsense. Far from being a triumph for women’s rights, this ruling sets up a dangerous precedent, undermining legal respect for women and girls and stripping away crucial protections.

In its original defense of the ban on female nudity, the city of Fort Collins brushed aside the reality that women’s bodies are different than men’s, arguing that the ban was important because topless women might lead to distracting driving.

In other words, the ban was about male lust. It had nothing to do with protecting women’s privacy or affirming that female bodies deserve legal protection.

Everyone involved in this case is operating from the assumption that we women are just oddly shaped men. No one has even considered the possibility that there is something different—fundamentally, biologically, essentially different—about women’s bodies that merits protection.

Everyone involved in this case is operating from the assumption that we women are just oddly shaped men.

But there is something different, and despite what Free the Nipple campaigners claim, denying that basic, natural difference does not empower us. It endangers and impoverishes us.

But even more, this narrative robs women and girls of a true sense of our womanly power and dignity. Women’s breasts are not the same as men’s. Women have the unique, inimitable ability to create and nurture life with our own bodies.

Our breasts are a vital part of that work—a work that is intimately connected with sexuality. Men’s breasts, on the other hand, aren’t involved in creating or sustaining life. In that sense, they are not special.

Regrettably, the 10th Circuit’s ruling effectively asserts that our uniquely female biological capacity to give life isn’t all that special either. The court tells women that there’s nothing distinctive about our bodies.

This is a lie. As the Supreme Court correctly saw in United States v. Virginia, affirming legal equality for the sexes does not require us to ignore real differences.

Affirming legal equality for the sexes does not require us to ignore real differences.

Writing for the majority in that decision, which concluded that the Virginia Military Institute must accept both male and female cadets, Justice Ruth Bader Ginsburg noted that, due to biological differences, privacy needs were nonetheless essential: “Admitting women to [Virginia Military Institute] would undoubtedly require alterations necessary to afford members of each sex privacy from the other sex in living arrangements … ‘because of physiological differences between male and female individuals.’”

The laws and social mores that treat women’s bodies as different from men’s bodies are not illusory. They are based in reality, and we go down a dangerous path when we ignore those differences.

The court’s decision to condemn this ban on female nudity leaves no principled line of defense for any ban on public nudity—and that should definitely get our attention.

Bans on public nudity are based in the belief that the naked body is a precious, intimate thing that should only be shared in situations of trust and safety. Eliminating bans on public nudity communicates that nakedness is not that big of a deal—a message that has serious consequences for women’s rights.

Ask a woman who’s experienced physical abuse from a man: Is it a big deal for her to be naked in a man’s presence? Overwhelmingly the answer is “yes.” But according to the 10th Circuit’s logic, it shouldn’t be.

That’s the same logic that leads people to advocate the elimination of sex-specific privacy facilities, such as bathrooms, showers, and locker rooms.

The court’s decision to condemn this ban on female nudity leaves no principled line of defense for any ban on public nudity.

Their argument is that biological sexual differences are irrelevant; what matters is how individuals identify. So, if a man identifies as a woman and wants to be naked in a shower or locker room with women, it should be no big deal, and women who feel like it is have to simply deal with it.

Women want equality of opportunity in all aspects of life—and, as we’ve heard over and over again, they want their privacy, experiences, and bodies respected. The 10th Circuit’s decision demeans those things.

Far from advancing women’s rights, it eliminates them. The ruling is truly offensive for the way it trivializes women, telling us that we are no different than men—just men with oddly shaped bodies.

It ignores our powerful capacity to create and nurture life, and it forces us to define our bodies in relation to men’s, rather than celebrating the profound, beautiful uniqueness of our female form.