After 100 Days, House Democrats Have Offered Partisanship, Not Solutions 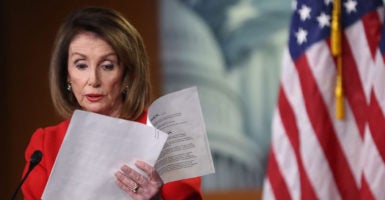 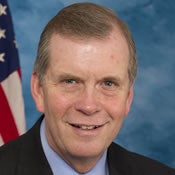 As we pass the 100-day mark of Democratic control of the House of Representatives in the 116th Congress, now is a good opportunity to examine what the American people have to show for it.

On issue after issue, House Speaker Nancy Pelosi’s Democratic majority has chosen a path of partisanship, rather than problem-solving.

From ignoring the humanitarian crisis at the border to championing an impeachment resolution, it has been one exercise in out-of-touch politics after another.

The latest example is the House Democrats’ failure to even propose a budget, a core responsibility of any congressional majority. To borrow a phrase from Pelosi: “Show me your budget, show me your values.”

Their backup option—a plan to just raise spending levels—was also pulled from the House floor because of a revolt on the far left that it wasn’t costly enough.

While House Democrats have kicked basic budget-writing to the curb, they have not been shy about offering a litany of big-spending proposals with no way to pay for them.

At the top of the list is the Green New Deal. One estimate pegs its cost at a whopping $92 trillion. Between eliminating air travel and altering every building in the United States, the Green New Deal is an entirely unworkable proposal that dictates more taxation, regulation, and government control.

The AFL-CIO criticized the plan, highlighting the crushing impact it would have on the economy and working families.

On the House Energy and Commerce Committee, we have called for a hearing on the Green New Deal so the American people can better understand the proposal’s consequences for the economy.

So far, the Democrats have been unwilling.

The so-called “Medicare for All” plan is another budget-buster. The price tag: $32 trillion. It would create a single-payer system, stripping health care away from nearly 160 million Americans who have coverage through a private and employer-sponsored plan.

Under this government-run system, patients would lose their current plan and be faced with fewer choices and higher costs. Leaders of the Energy and Commerce Committee, which also has jurisdiction over health care policy, have likewise refused to hold a hearing on this big-ticket item.

On the bedrock principle of the right to life, the Democrats have taken extremism to a whole new level.

Recent polling shows that 77% of Americans support legislation to ensure babies who survive an attempted abortion receive the same medical care under the law as any other newborn.

Our bill, the Born-Alive Abortion Survivors Protection Act, would prevent infanticide and safeguard these babies. Yet the Democratic majority, on 32 separate occasions, has blocked it from receiving an up-or-down vote.

These first 100 days have shone a spotlight on how disconnected House Democrats are from the rest of the country.

At every turn, the recurring theme has been embracing a socialist agenda that takes power from the American people and centralizes it in Washington.

Thankfully, Americans have a better alternative to consider.

The economy is thriving, and job creators are optimistic, thanks to the pro-growth tax and regulatory policies of President Donald Trump and congressional Republicans. Unemployment remains below 4%, wages are climbing, and with more than 7 million job openings, the labor market is strong.

It’s no accident the time-proven principles of economic freedom are leading to greater opportunity for hardworking taxpayers. It’s also no accident that Pelosi and her caucus are threatening these economic gains with greater government control.

If my Democratic colleagues want to propose unaffordable policies, such as the Green New Deal and Medicare for All, then they should begin debating and voting on them in Congress—not just on cable news programs. That’s the choice before us in the next 100 days and beyond.

Let’s get down to problem-solving and stop the partisanship.