Why Ralph Northam Must Go 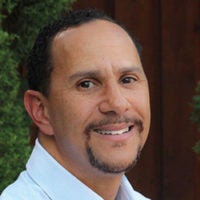 It’s been several weeks since the public first learned about a photograph on Virginia Gov. Ralph Northam’s medical school yearbook page displaying a man in blackface and a man in a Ku Klux Klan hood.

Despite early demands that the governor resign, it has become clear that he intends to remain in office unless removed. This is bad for race relations, bad for Virginia government, and bad for the country.

Leaving the partisan component of the story aside for a moment, many well-meaning Americans have pointed out that we need some way to forgive politicians for the thoughtless sins of their youth.

I actually agree wholeheartedly with this sentiment. Almost all of us do foolish things when we are young, and if we own up to them and change, we shouldn’t be permanently disqualified from public service.

Unfortunately, the idea of forgiveness cannot readily be applied in this case, since the governor still refuses to come clean about what he actually did. After initially admitting to being in the photo, Northam has since denied what is obvious to any sensible person.

Even if we are to bend over backward and take Northam at his word that he is neither the person in blackface nor the person in the Klan hood, are we to really believe that he never looked at his medical school yearbook before the news story broke? What would the reaction of a normal, non-racist person be when confronted with such an image on his yearbook page at the time it was published?

Northam was, at the absolute minimum, completely comfortable with images that mock the torture and degradation of African-Americans that haunts Virginia’s past.

Of course, Northam—whose nickname was “Coon Man”—knew exactly what was on his yearbook page. Likewise, he, as a pediatric neurologist, knows exactly what happens when you leave a newborn baby to die of exposure and neglect, in a hospital of all places. Yet he discussed this possibility with ease during a radio interview, comments which he has not retracted or clarified.

Although the issues might seem unrelated, appearing in blackface and condoning infanticide are easily compatible: Both deny the humanity of an entire class of people.

Northam was quick to demand allegiance from black Virginians when he repeatedly accused his opponent of racism during his 2017 campaign for governor, and now he demands that we give him a pass for blackface and Klan hoods because he was only 25 at the time. (As a black man, I find it worth pointing out that black boys are treated as adults by both our criminal justice system and by the general public when they are much, much younger than 25.)

Is Northam really sorry for how he behaved, or is he just sorry black Virginians now know about it?

Frederick Douglass saw the popular minstrel shows of his day for what they were: the mockery and denial of black dignity and humanity. He denounced those who wore blackface as “the filthy scum of white society, who have stolen from us a complexion denied to them by nature, in which to make money, and pander to the corrupt taste of their white fellow citizens.”

Douglass was always photographed in a suit with a dignified expression, because “[w]e colored men so often see ourselves described and painted as monkeys.” Yet even now, Northam is touring our state, focused on rehabilitating his own image, not taking responsibility for his own part in the long history of desecration of the image of African-Americans.

I would like to think the governor has changed. But, along with all Virginians, I watched in 2013 when he—then a candidate for lieutenant governor—refused to shake the hand of his Harvard-educated black opponent after a debate.

I was taught to believe the best in people, so I hoped to myself that it was an honest mistake. Today, I’m not so sure. But I am very confident in one thing: Virginia can, and must, do better.