Congress continues to abuse the disaster and emergency spending designation as a means to circumvent the Budget Control Act. (Photo: Drew Angerer/Staff/Getty Images) 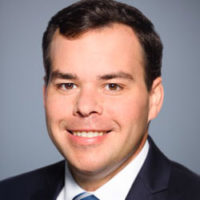 The Senate is at it again, maneuvering to consider another poorly targeted disaster aid package that would add billions of dollars in deficit spending.

At a $13.5 billion price tag for this latest disaster bill, Congress continues to abuse the disaster and emergency spending designation as a means to circumvent the Budget Control Act spending caps and boost funding for programs that are neither designed nor equipped to respond to natural disasters.

Natural disasters happen in America. The federal government has some limited role in helping to save lives and facilitate response efforts when major disasters strike. The Federal Emergency Management Agency was created in part for that purpose. However, lawmakers should be budgeting for federal disaster assistance before the next disaster happens, not issue more debt irresponsibly afterward.

Supplemental appropriations should be reserved for truly unforeseen events that have a large scale impact on the country, not for recurring problems such as seasonal flooding and wildfires.

Congress should strictly adhere to a 1991 Office of Management and Budget definition of what qualifies for emergency spending: necessary; sudden; urgent; unforeseen; and not permanent.

And even when major disasters strike, there is no reason that needed funding shouldn’t be paid for by cutting other federal expenses.

When a typical American family has an unexpected medical bill, or car repair, they’ll often “tighten the belt” by cutting unnecessary expenditures like eating out at restaurants to find a way to pay for it.

It would be irresponsible to simply put more money on their credit card. Already more than $22 trillion in debt, and with annual deficits in the trillions, federal lawmakers are acting recklessly by burdening younger generations with yet higher debt.

Programs receiving additional funding through the bill include:

$1.06 billion for the Community Development Block Grant. The Senate bill includes over a billion dollars in Department of Housing and Urban Development CDBG disaster recovery grants. CDBG received over $35 billion in supplemental appropriations in fiscal year 2018. Much of the money that was already sent to CDBG is not being used, proving that the program is not equipped to handle disaster response.

The Government Accountability Office recently released a report saying that CDBG had proven to be “slow for HUD and grantees to implement.” It criticized the program for not having a thorough and consistent grant review process in place and failure to document why grant requests were being accepted or denied.

GAO found that of $32.9 billion in grant funding appropriated to CDBG for hurricane response, over $15.6 billion hadn’t been allocated as of August 2018. CDBG is not using the disaster relief money that it already has to help aid victims and recovery.

Vanessa Calder of the CATO Institute has written extensively on how the program is poorly targeted. Its processes are not transparent. Why should taxpayers pay for more CDBG funding? Instead, CDBG which acts primarily as an earmark substitute slush fund, should be entirely eliminated.

$3 billion for Department of Agriculture farm disaster assistance. Nearly 40 percent of farmers receive a share of more than $20 billion in annual farm business subsidies. Some of the farmers eligible for disaster assistance funding under the Senate bill already participate in federal crop insurance and other assistance programs designed to aid farmers when disaster strikes.

The inclusion of another $3 billion raises the question of why those existing programs are in place when Congress continues to respond to disaster-related crop losses on an ad-hoc basis.

$1.25 billion for the Army Corps of Engineers for new construction projects and repairs. This is on top of the $7 billion regular appropriation that the Corps received in 2019. Of the funding, $225 million comes through a transfer from the Harbor Maintenance Trust Fund, meaning that it too doesn’t count against the budget caps.

The influx of Corps funding is less a response to natural disasters and more an effect of the congressional earmark moratorium that has been in place for the past eight years.

Emergency disaster relief funding provides a way to get around the earmark ban and send taxpayer dollars for infrastructure projects to lawmakers’ districts. Congress should pay for this spending, which does not fall under emergency spending and does not warrant new deficits.

Congress should consider annual wildfire suppression expenses based on a rolling average of previous years and provide a sufficient appropriation to the Forest Service based on that amount, not through a Budget Control Act cap adjustment and additional deficit spending via emergency appropriations.

Prepare for the Next Disaster Now

It is past time that Congress stop using the guise of a disaster as an excuse to spend more money.

When large-scale disasters strike, the Federal Emergency Management Agency should serve as the primary federal response team with a focus on immediate life-saving and recovery needs. Not only will this lead to more effective response, it will also save taxpayers money.