Shutdowns Show Why Airline Industry Shouldn’t Depend On Washington 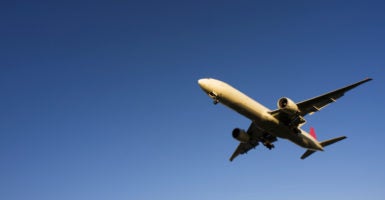 When the border funding dispute between President Donald Trump and congressional Democrats led to a partial federal government shutdown, what followed was weeks of speculation on what would cause one side or the other to back down.

As it turns out, just a handful of employees at an air traffic control center in Leesburg, Virginia, brought the debate regarding billions of dollars for border security to a screeching halt.

The group, who were working without pay, all called in sick on Jan. 25. As a result, the undermanned Leesburg control center halted flights to New York’s LaGuardia Airport. In turn, this escalated political pressure to end the partial shutdown.

On Feb. 8, Rep. Peter DeFazio, D-Ore., introduced legislation intended to prevent that situation from recurring. DeFazio, as chairman of the House Transportation and Infrastructure Committee, has vowed that his bill would receive prompt attention in his committee.

DeFazio’s proposal would provide an alternate funding mechanism for the Federal Aviation Administration in case there was a lapse of regular appropriations.

The backstop mechanism would tap into the Airport and Airway Trust Fund, paid for by taxes on airline passengers. Most spending from the trust fund goes toward the Airport Improvement Program, which gives grants to airports for construction projects.

As is too often the case, DeFazio seeks to solve one problem caused by government with an even more complicated government-based solution. If enacted, the bill could trigger a wave of convoluted backdoor funding bills that would leave the federal government wired like a badly designed home entertainment system.

In reality, the nation’s airline system should not rely on Washington, D.C., for basic functioning.

Government has a role in regulating services such as air traffic control and passenger screening. However, the active provision of those services should be devolved to private groups. With the Transportation Security Administration, that would be straightforward. In the case of air traffic control, Canada formed a private, nonprofit with positive results and lower costs.

If the federal government’s role in air travel were diminished, political shutdowns would be considerably less likely to cause airport shutdowns.

Given the frequency of government shutdowns and near-shutdowns over the past decade, and the inability of Congress to even come close to completing the annual spending process on time, the desire for funding backstops is certainly understandable.

Many elected officials on the right and left alike are calling for automatic spending schemes that would water down the vital constitutional role Congress has in authorizing and overseeing federal spending.

This legislation in particular would set an even worse precedent by temporarily linking a politically popular program to a discrete funding source. Since the universe of federal programs is beyond counting, and since there is no shortage of separate funding streams independent of the appropriations process, there could be a flock of copycat bills if DeFazio’s measure becomes law.

Such a scenario would serve to further complicate an already byzantine budgeting process.

In addition, increasing reliance on the Airport and Airway Trust Fund would steer policy in the wrong direction. Significant portions of the fund’s revenues are redistributed from major airports to minor ones. Ideally, the fund would be streamlined, resulting in savings for federal taxpayers and airline passengers alike.

Ultimately, fights about shutdowns reflect the inability of politicians to focus on core priorities. The annual spending process needs so much time to complete in large part because the appropriations committees must take input on, and distribute funding for, thousands of line items.

As an institution, Congress is simply not equipped to handle a federal government that spends $4.1 trillion a year, directly or indirectly employs 9 million people, and seeks to micromanage the lives of 328 million people.

The best way to avoid having political shutdowns negatively affect life outside of Washington would be for Congress to return the federal government to its original constitutional size constraints.

There would be fewer programs to fight over, fewer spending line items to worry about, and much less at risk to the vagaries of the daily news cycle.

Rather than deal with symptoms of federal dysfunction, as DeFazio’s bill tries (and fails) to do, Congress should address the root cause and put Uncle Sam on a diet.