Broad Gun Control Restrictions Are Not the Answer. Just Look at These Facts. 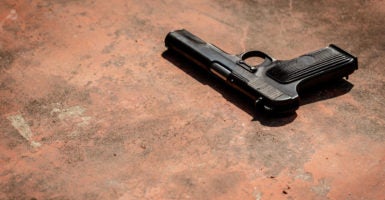 Some states with the strictest gun control laws have a disproportionate number of mass shootings. (Photo: oska25/Getty Images)

We all know the script by now: A mass public shooting occurs. Grief and anger ensue. Calls for stricter gun laws soon follow.

Given how incredibly upsetting these crimes are, and how deeply they shake their communities—and the nation itself—such calls are perfectly understandable. If we’re truly serious, however, about reducing gun violence rates and increasing personal safety, we must ensure that policy decisions are made with an eye toward facts and reality, not panic and outrage.

Although some gun control advocates claim there have been more than 300 “mass shootings” this year, that number is a product of using deceptive and largely meaningless definitions that include incidents far removed from the context commonly associated with the term.

Since Jan. 1, 2018, there have been 11 mass public shootings in which three or more people other than the shooter were killed, parameters derived from Congress’ definitions of “mass shooting” and “mass killing.”

These 11 mass public shootings occurred across seven different states, but three occurred in California, the only state with an “A” rating from the Giffords Law Center to Prevent Gun Violence. Two more occurred in Maryland, with an “A-” rating. Another two occurred in Pennsylvania, whose “C” rating still accounts for the 13th strictest gun control framework in the country.

On the whole, the increasing availability of firearms has not been related to increases in violent crime.

Mass public shootings rightly terrify us, but they remain statistically very rare. The same is true of firearm deaths related to the use of semi-automatic “assault weapons.” You are, in fact, three times more likely to be beaten to death with hands and feet than you are to be shot to death with a rifle of any kind.

That does not mean we should not continue to find ways to remove firearms from the hands of individuals who show themselves, by their actions, to be a heightened risk of violence to themselves or others.

It does mean, however, that rational gun policies should not demonize particular types of firearms rarely used by criminals but commonly used by millions of law-abiding citizens for a variety of lawful reasons—including self-defense.

We do not effectively combat gun violence by broadly restricting the rights of law-abiding citizens, thereby hindering their ability to defend themselves and others from violence.

Rather, we must focus more intently on the major underlying causes of the gun violence: untreated mental health problems that increase the risk of suicide and interpersonal violence, gang and drug activity that drive illegal black market firearm transfers, and the lack of economic and educational opportunities that lead to cycles of poverty and crime.

We must also increase the ability of law-abiding citizens to choose where and how and with what means to best defend themselves and their families from criminals who do not care to follow laws generally, and gun control laws in particular.